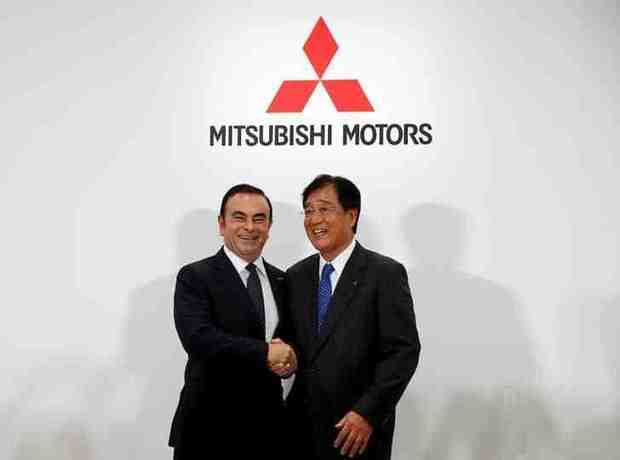 Japanese automajor Nissan Motor's acquisition of 34 per cent stake in Mitsubishi Motor and the latter's entry into the Renault-Nissan alliance could give an edge for Mitsubishi in the Indian market. The alliance partners are expected to share platforms, manufacturing and procurement.

The OEMs have not commented for the story saying that soon they would come out with country specific plans.

Insiders and industry sources have said that the most of the synergies will be in the form of sharing platforms, manufacturing and procurement.

They agreed that the chances turn around for Mitsubishi, which lost its focus in India for last 15 years, will be higher if it can piggy back on Nissan and Renault.

Mitsubishi Motors becomes a member of the alliance between Nissan and Renault would generate synergies in areas including purchasing and plant utilisation, adding they would jointly develop automated driving technologies and plug-in hybrid vehicles.

As far as plant is concerned, the alliance has set up a facility at Oragadam, near Chennnai with a capacity of 480,000 units per year. Sources said that current capacity utilsation is around 70 per cent, but as the demand is growing for Nissan's Micra, Datsun, Renault's Kwid, Duster and others and with upcoming new launches the capacity is expected to increase to 80 per cent by next year.

Mitsubishi, in India currently manufacture Pajero Sport SUV at Hindustan Motors plant, near Chennai. Sources said that the alliance cannot manufacture this product in the current lines. However, the upcoming products, which could be from Nissan or Renualt's platforms can be manufactured in the plant.

For over two decades, Mitsubishi had license agreement with Hindustan Motors and the production of Pajero Sport SUV and Montero, which has been classified by Society of Indian Automobile Manufactures (SIAM) under Hindustan Motors, in its reports. There were also reports that the company may buy out HM's plant at Chennai, but the plan did not take off.

"As of now, plans are not concrete, but at the global level it was decided the platforms can be share if that is the case Mitsubishi can manufacture at the Oragadam facility based on the platform developed by Nissan and Renault," said the source.

Renault-Nissan CEO Carlos Ghosn said that it was crucial to develop a B-segment platform for India and other key markets. "We are discussing what the best platform strategy is for us, which will address a very important part of the Indian market". Would Renault-Nissan be looking for a partner? "Mitsubishi could be a possibility," he was quoted in reports.

Mitsubishi is planning to bring new generation B-segment hatchback 'Mirage' to India and officials of this Japanese firm also said that other big bet for them is SUVs, which is growing in India.

While the sales and marketing will be different all-together, Mitsubishi may get help from the alliance partners to develop, procure parts and manufacture these products in India.

For Mitsubishi, India was not a strong play despite the fact that the country is one of the largest growing markets globally. One of the main reasons was lack of resource for the company to launch India specific models.

Now being part of the alliance, it got access to cash also, said the source.