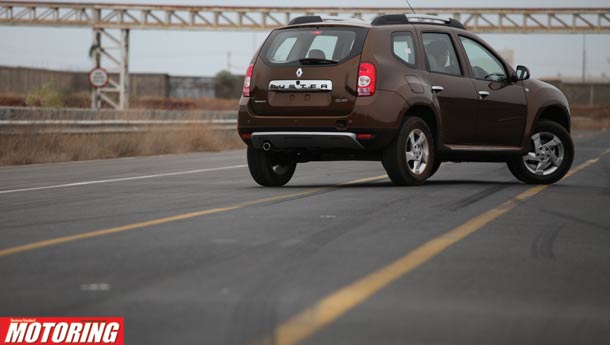 For Renault, it wasn't until the Duster was launched that their fortunes changed significantly. All the models that came before it didn't exactly set the sales charts on fire, so it's understandable if they don't want to hand over the Duster to Nissan on a silver platter.

There was talk of Renault delaying that for up to a year from the Duster's launch, but according to new information, the Nissan-badged Duster might not be too far off after all.

Unlike the previous rebadges in this alliance, the Nissan simply won't stick their badge on the Duster and call it a day though, the Nissan SUV (name still unknown) could come with a completely different front fascia and a new derriere too.

Inside, obviously, it won't come with as many features as the Duster, maybe, but expect Nissan to tweak the interiors to fit in with the rest of the Nissan family.

Going by the positioning of their current offerings, there's a high likelyhood that the Nissan SUV will be priced lower than the Duster. And considering the fact that the Duster is flying off the showroom floor, it won't be a surprise if this becomes a huge sales success for Nissan as well.

So keep your eyes open on the roads, you might start spotting test mules pretty soon. And watch this space for the latest updates.