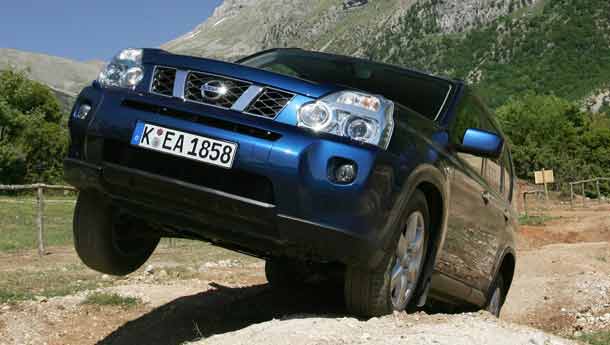 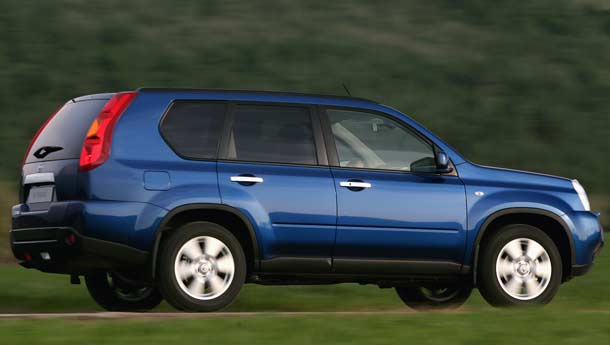 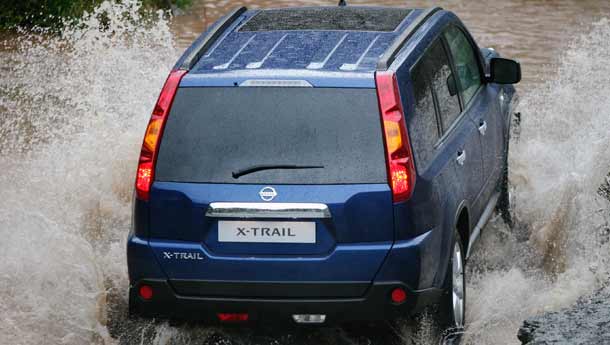 Till the Toyota Landcruiser came along, the Land Rover/Range Rover was the civilised man’s choice of an all-terrain machine. Today, you’ll find the big Toyota SUV in the farthest parts of the planet. Though the Landcruiser is more famous, Nissan’s Patrol is no less accomplished – we know it better as the Jonga. Ever since the Patrol was launched in 1951, it has seen action in the most inhospitable terrain in the world. Since then, the Patrol’s 4x4 genes have been carried over onto a host of other capable SUVs and off-roaders wearing the Nissan badge. One of them is the X-Trail, which was the first Nissan product to be officially launched in India in 2004.Like other SUVs in the Nissan portfolio, the X-Trail is also a proven machine, but for the Japanese manufacturer, it was just a beachhead model for India. Today, it is almost as if it’s living up to its name, trailing the competition for so long that it has literally lost its claws. But the makers of the mighty GT-R are no pushovers, so come mid-2009, you will be greeted by the new, facelifted Nissan X-Trail with more power. So is it good enough to stop trailing and start leading? To find that out, I drove one in Japan’s Odawara district and came back with some stirring observations.

Evolution
The facelift on the X-Trail is nothing more than evolutionary. Sharper and taller headlamps have given the off-roader a more tall-ish stance, with the new cross-chequered grille and beefier front bumper adding to the aggression. The profile stays true to the original X-Trail, with its kinked D-pillar intact. But that’s what the eyes seem to suggest, for the X-Trail is now some 175 mm longer, with the wheelbase 5 mm longer, ,because it is based on the Qashqai platform. The tail lamps too have become larger, with the tail gate slightly redesigned to add to the overall ‘newness’ of the design. In the process of going butch, something its predecessor lacked, the X-Trail has become, er, boxy.

Some of that flair has been lost, and it is more apparent as you raise a leg and enter the cabin. The centrally located instrument cluster is gone – instead it’s back to where 99.9 percentile of other cars have it – in line with the driver’s sight. The vertical centre console stack has been expanded to accommodate a new stereo and GPS navigation unit, both lined by brushed silver strips on either side, and in place of the missing central instruments is a storage bin. More knobs and buttons greet you all around and the use of controls on the steering can be termed as ‘interesting’. Overall build quality too has seen some improvement, which makes it better than most of its contemporaries.Behind the wheel, the X-Trail with its sharply raked windscreen seems to liberate even more cabin space than before. The seats at the front are instantly comfortable, especially if you belong to the wide girth variety. There’s ample leg and knee room even for the occupants at the rear, but it isn’t still a seven-seater. The X-Trail is however a clever mate with lots of cubbyholes and cupholders to stash your litter in when you are done munching and slurping away.   Grunt
We genuinely loved the last X-Trail for its brilliant 2.2-litre common-rail diesel mill. It was smooth, rapid and torquey – a nice Starbucks frothy coffee. Producing 135 bhp of peak power and 31.6 kgm of peak torque were more than enough to handle the daily commute and the occasional out-of-town drive. The emission norms however caught up with the 2.2 and with the arrival of Euro-IV norms, the 2.2 was retired for a smaller, Renault sourced 2.0-litre engine. Despite being nearly 200cc smaller, it doesn’t lack on the power and torque front. While torque is up by 0.7 kgm, power has gone up to 150 bhp, thanks to the use of intelligently designed intake and exhaust ports and piezo electric injection systems. All of it means it measures up fair and square to the likes of the Chevrolet Captiva that produces similar power and torque figures. Nissan, in fact, produce an even more powerful version with 173 bhp and 36.4 kgm of peak torque, but we doubt if it will make it to India anytime soon. What the less potent, yet equally capable 2.0-litre engine does is provide instant torque at a mere dab of the throttle. Unlike the Captiva’s surge post-2000 rpm, the X-Trail’s power delivery is more linear. Mated to a six-speed manual, the X-Trail doesn’t exhibit any sign of lag. With an eminently enjoyable gateshifter and a quick spooling turbo, it builds up pace very well. The engine lends itself even to high-speed driving where the torque delivery continues to remain flat even at the top-end of the rev range. The four-cylinder diesel engine also lends itself to a non-intrusive engine clatter, thanks to the use of good sound deadening and refinements made in other areas.

Tackle
The X-Trail has a 20 mm wider track which somewhat offsets the 10 mm increase in height. That should mean that it handles somewhat better, and it does. Using a combination of McPherson struts at the front and multi-link suspension at the rear, the X-Trail handles better than before. There are ominous signs of body-roll that become evident as you lift-off around corners, but one must never forget that it wasn’t designed to behave like a BMW X5 or Porsche Cayenne. Nevertheless, it has its own safety net, with its intelligently designed four-wheel drive system taking most of the credit. The three-stage system called the All Mode 4x4-i can be left in auto for such moments where up to 50 per cent of the torque is sent to the rear wheels through sensors that detect yaw rate. The fact that it prevented me from putting metal against Odawara’s hill faces was a good sign, since black ice littered the road at places you least expected it to be. While crawling around town, the two-wheel drive mode works fine, ensuring you get decent fuel efficiency in the process. The third and most important mode is the Lock mode that truly gives it SUV cred. With Lock mode selected, torque is split in a fixed 50:50 ratio. If you plan to seriously explore the countryside, you will be happy to know there’s also hill descent/ascent equivalents on the X-Trail that when used in conjunction with Lock mode, prevent you from losing control of the vehicle when trying out some serious stuff.

Comeback
So is the new X-Trail a tacticians dream? Well, there is a phalanx of options available in that segment today – from the Honda CR-V and Mitsubishi Outlander at one end to the Chevrolet Captiva, Ford Endeavour and Mitsubishi Pajero at the other. Nissan are also mulling the launch of their 2.5-litre four-cylinder petrol with 167 bhp to tap the petrol market, but will it be enough? After all, the X-Trail does a lot of things well, but doesn’t handle like a CR-V or Outlander at full tilt nor does it offer the space or value of the Captiva or the Endeavour. It is then a middle-of-the-road option, but a pricey one at that, with prices starting at Rs 21 lakh, going all the way up to Rs 26 lakh, thanks to it being a CBU. If Nissan can enhance their sales and service setup and offer a lot of kit for the X-Trail, then it can go where the Jonga has not gone before.