After the increased popularity of hybrid vehicles post the Delhi blanket ban on diesel cars, Nissan aims to cash in by introducing India’s first hybrid SUV in the form of the X-Trail Hybrid by the end of the current financial year

Addressing the media during a launch event of the new Datsun redi-GO, Nissan India operations head, Guillaume Sicard said that the globally popular, especially in the United States, X-Trail Hybrid will be CBU (completely built unit) and will be imported from Japan. 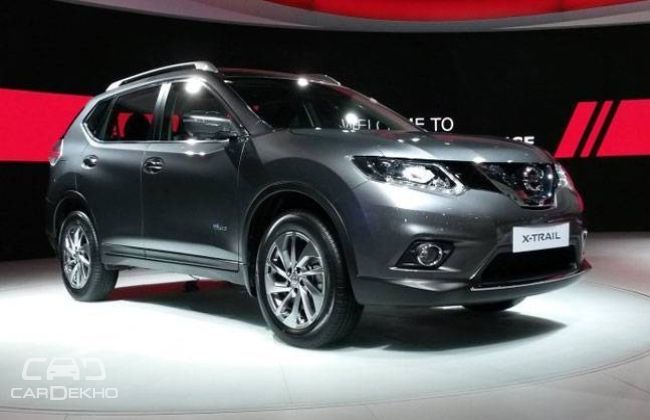 He remained tight-lipped on the pricing of the car but don’t expect it to come too cheap initially. Powered by a petrol-electric hybrid powertrain, the vehicle is currently undergoing testing in India.

Having made its Indian debut at the 2016 Auto Expo earlier this year, the global version of the X-Trail Hybrid is propelled by the special MR20DD engine that is good for 147PS and 207Nm. It is coupled with the advanced ‘RM31’ electric motor that lends an additional 41PS under the hood.

The hybrid car market has been imparted a real push in India over the past few months after the registration of diesel cars with engine displacements of 2000cc and above was banned by the Supreme Court in Delhi.

Manufacturers, including Toyota, have registered remarkable growth in the sales of their hybrid vehicles. The reduction of VAT on hybrid cars in Delhi has further added to the cause of these modern powertrains. As a result, the prices of various hybrid cars have been slashed in the NCR.

What do you expect from the Nissan X-Trail Hybrid? Voice your thoughts in the comments section below.