Nissan to sale vehicles in India on its own

It's contradictory; despite being the largest market in the world for small cars, safety standards in India stands nowhere close to the UN basic safety standards or the Latin ones. The world's quintessential car crash testing facility, Global NCAP Test(New Car Assessment Program) in London UK, conducted a crash test on five of the most popular cars on Indian roads last year. The list of the cars that failed in the test includes Hyundai i10, Ford Figo, Volkswagen Polo, Maruti Alto 800 and the much discussed Tata Nano. 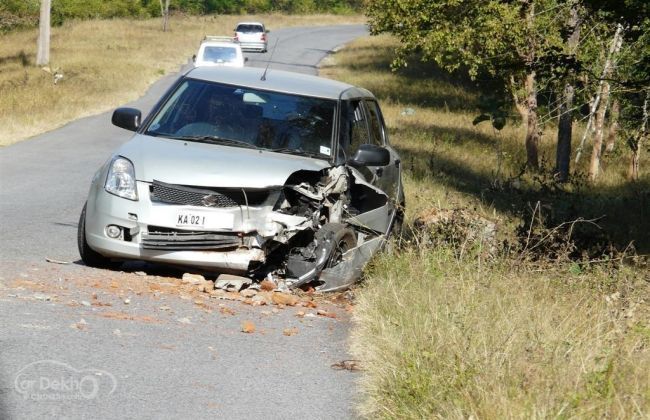 The representatives of the NCAP flew to India, bought these vehicles brand new from the dealerships and shipped them to Britain. They took the entry level variants of these vehicles which did not feature airbags since it is not mandatory in our country, though airbags are the most basic safety requirements to qualify for the Global safety test standards. Representatives from the respective companies of these vehicles were invited to witness the crash tests being performed. There were two tests, namely, the United Nation regulation 1994 test which is carried out at the car's speed of 56Kmph and latest one Latin NCAP 2013 (the car has to run at 64kmph during this test). None of the cars scored a single star rating out of five in any of the tests. The tests were based on head-on-collision to check out how the safety features of the cars protect the driver as well as the other passengers. 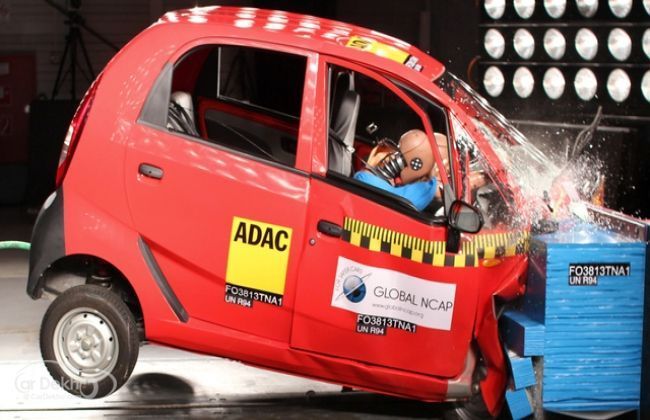 The first vehicle tested was the Tata Nano which scored the least. The impact of the car crash was presented in a computerized system that revealed images of the dummy drivers and passengers and marked their body parts in various colors to indicate at the levels of injury-impacts. In the test for Nano, the driver-dummy's head, torso and legs were colored red, which indicated fatal injuries, while the co-passenger in the Nano didn't sustain any fatal injuries apart from  injuries in the torso and leg that were marked brown in the computer. Structural integrity of the vehicle was distorted in the test. 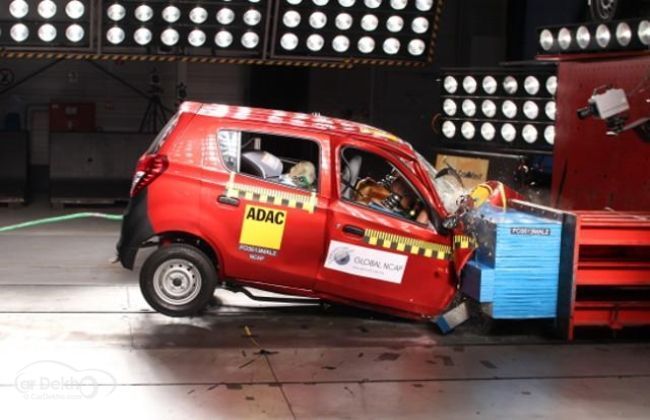 The second test was for the Alto 800 model. The driver-dummy sustained near fatal injuries in all the body parts, except the right foot. The co-passenger dummy in this vehicle sustained similar injury to that in the Nano model. The result of the crash test in the Hyundai i10 model was quite shocking. The vehicle was not able to maintain the structural integrity after the crash. The dummies sustained more severe injuries than it was expected. This is the only vehicle among the lot in which the co-passenger sustained fatal injuries, as projected by the computerized program. 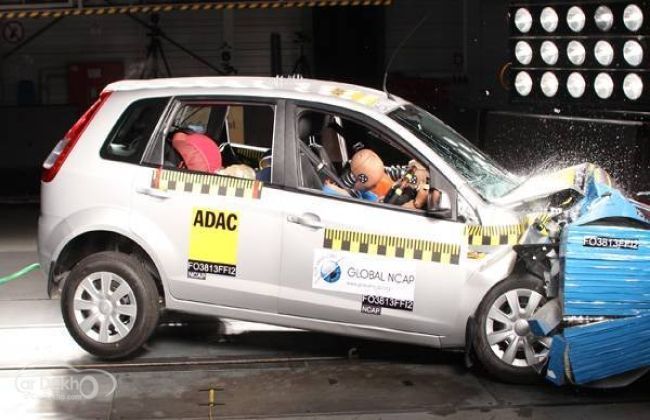 The fourth vehicle was Ford Figo, the first car in the lot that maintained the structural integrity after the impact. The cabin area was intact after the crash the dummies showed lighter colors though the head area of the driver in this vehicle turned red (in the computerized system), but the overall result was better than the previous tests. The co-passenger sustained no fatal injury in this vehicle. Volkswagen Polo, the last vehicle to be tested, turned out to the safest. The dummies sustained no fatal injury at all.

According to the officials from these companies, they meet the current Indian standards of safety. However, approximately 140,000 people die in nearly five lakh accidents on Indian roads each year, which is indeed the worst road safety record throughout the globe.