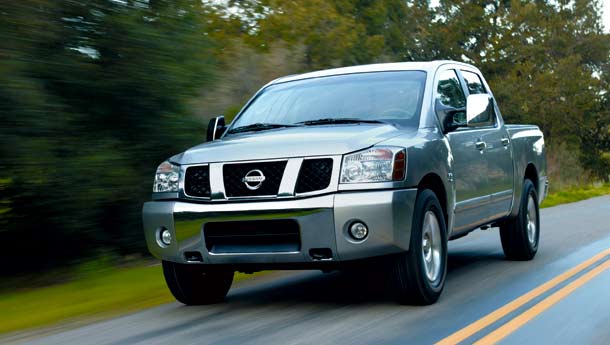 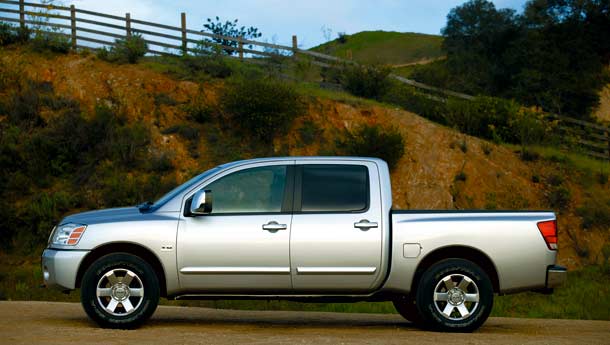 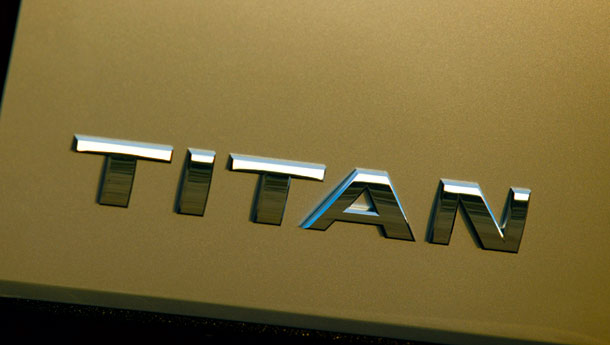 American dreams – freedom, the great outdoors, country music and a full-size pick-up truck. In the large American truck market, the unique relationship between man and truck is a force to be reckoned with if you’re a manufacturer looking to make an impact. And Nissan has done just that with the Nissan Titan, a serious contender to the likes of Ford’s F-150, the Chevy Silverado and the Dodge Ram. In the right sense, it can be described as Magnus, Citius, Fortius – bigger, faster, stronger, when compared to the rest.

Magnus: Size does matter and keeping that in mind, Nissan has built this giant, aptly christened the Titan. Everything about the Titan is big and bold. This earthly monster, when parked alongside its competitors, makes them look rather inane. It boasts of best-in-class legroom, headroom and overall cabin space, which speaks volumes for its spacious interiors. The utility bed is big enough to carry a small number of rebels (if the Titan is ever exported to any country aligned with the axis of evil).

Citius: Under the hood of this monster beats a giant 5552cc, all-aluminium, 32 valve V8 engine, which belts out 300-plus horses at 4900 rpm and 51 kgm of torque at 2500 rpm. And these numbers alone are bound to create a die-hard fan following for the beast.With the engine red-lining at 6100 rpm, the giant is especially revving up a lot of enthusiasm amongst the younger generation of truck drivers.

Fortius: Stronger is definitely what the Titan is. Capable of carrying 840 kg in the bed and fitted with the Big Tow package, which includes all types of manly stuff, including a Class IV hitch and a heavy-duty radiator, you’ll be able to tow 4300 kg, a caravan and your speedboat to the beach. An even match with the Ford F-150.   The Titan comes in 2- and 4-wheel drive variants, and in crew cab and king cab options, the king cab’s utility bed a mere foot shorter. Nissan is offering something for everyone with a host of options that makes each car very personalised. Get inside the truck and you’ll feel like an adolescent in a gaming arcade, with the audio, the DVD navigation and entertainment system to keep you occupied when not at the wheel. The Titan cab comes with a choice of bench or bucket seats, adjustable pedals, a security system with an immobiliser as standard. There are a number of safety systems such as side and curtain airbags and rear-parking proximity sensors.

The driver aids offered by the Titan are ABS and brake-activated traction control for optimal grip in the rough. Shod with 18-inch Goodyear Wranglers, it’s also outfitted with a shift-on-the-fly, part-time four-wheel drive transfer case employing an electronic torque-transfer system.The Titan also has some trivial features that others have overlooked. With the big world getting smaller every day, Nissan designers have the rear half-doors on the king cab open out to almost 180 DEGREE, and that makes loading kids or cargo in the back seat more feasible than ever before. Plus, there’s a cargo bin in the left rear fender for storing grimy items such as jumper cables and tow straps that otherwise mess up the cabin.   Nissan will assemble a trifling (by Yank standards) 100,000 Titans annually at its $1.43 billion facility in Mississippi. With Americans looking at pick up trucks as more of a fashion statement than as goods transport, Nissan has splurged a whopping $500 million on the engine plant alone. With thousands of employees being trained to rule out even the smallest of flaws in these humongous trucks. Many of the Nissan dealerships are being upgraded to handle these monstrosities by retrofitting them with larger lifts, tyre changers and alignment racks.

Well, the Yanks don’t only upsize their burgers, they upsize their colas, cars and believe it or not, gates too. Nissan had to upsize the entrance at its California HQ, just to drive a Titan in.

Is the Titan viable for Indian roads? I definitely think so. It will negotiate all those big potholes (and pesky small cars too) with much ease. You don’t have to reach too deep into your pocket – about Rs 32 lakh, inclusive of import duties, should net you this monster. The Titan – a mythical earth giant or not, it is definitely a massive effort by Nissan. It’s making those star-spangled truck owners question their loyalties to the likes of the Blue Oval, the Bow Tie and the Ram’s Head. Will it really make an impact? We’ll find out soon.