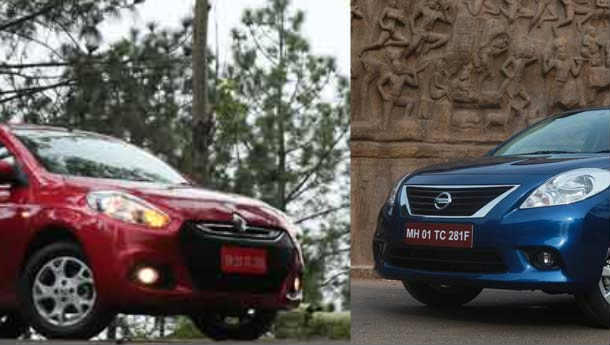 The Sunny was the car that Nissan needed to get their operations well and truly underway in India. It's been a runaway success since the word go due to clever packaging, great interior space and good value for money. The petrol was a decent success, but the diesel one, well, that's a whole 'nother story. It comes with a 1.5-litre K9K diesel engine producing 84 bhp of peak power and 20.3 kg-m of peak torque. That's more than enough to properly propel this sedan.

On the other hand, Renault hasn't had too much success here either, it was only after the Duster came to the market that they're recognised as a mainstream manufacturer. Their other models are quite nice, but the Pulse, which is a rebadged Micra, commands too much of a premium over the Nissan model, so it hasn't been as much of a success as Renault hoped it would be. And the others like the Koleos and Fluence are rarely seen on the roads.


The Renault Scala is the fifth and last model that they've promised for the Indian market this year and you know what, we like it! By now, you'd have already known that the Scala is just a Nissan Sunny with a different front end and a more premium badge on it. It differs from the Sunny in that it comes with standard leather interiors and alloy wheels across the range. From the pictures, you can instantly tell that they're both the came car, but the one with the Renault badge looks a lot better than the somewhat plain Sunny to us!

Our choice? Definitely the Scala provided the price difference isn't too much, for starters, we think it looks better and it has a more premium interior too.

If it ends up being positioned like the Pulse to the Micra, well, then we'll be disappointed.