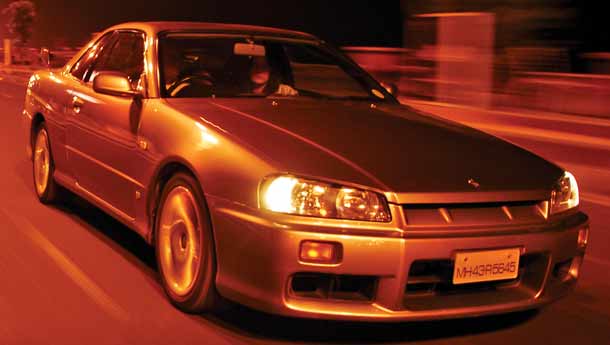 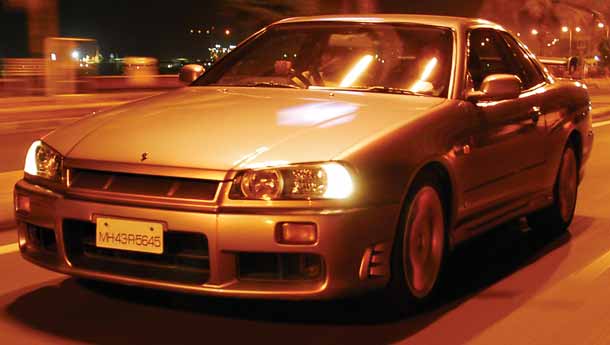 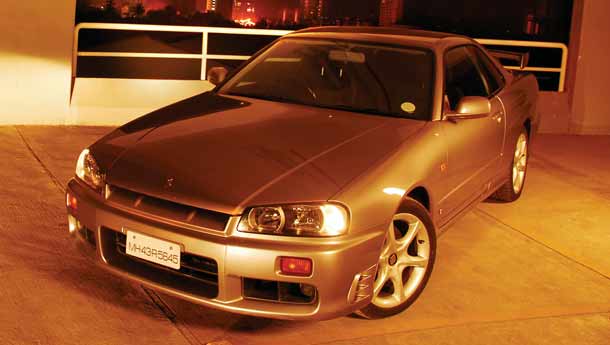 There is a method in the madness. And then, there is a Japanese madness in their method. You see, the Americans think there’s nothing like putting in a ‘small block’ V8 in everything, including, their lawn mowers. The Germans obfuscate by loading up a couple of superchargers (or turbochargers), treat it with some fancy-shmancy injection system and put so many four letter acronyms on every little bit of technology that will make any savvy net chatter weep.

And of course, there are the Japanese. Anything, and I mean anything that makes more than 150 bhp, has two doors and resembles an auto parts store heist gone horribly wrong will have a spoiler big enough to make visibility through a Lamborghini Countach rear window appear rather good.

I don’t know if this is simply the Japanese way of letting off steam. Or is it their way of showing the middle finger to the regimented work-oriented lives they lead during the day. Because at night, when every one is blissfully counting sheep, the Japanese break loose. I guess it’s their way of going completely berserk, soaking in some adrenaline, leaving nothing worse than tyre squeals that cling to the hill sides the next morning, and rubber-colored stains on the kerbs.Coherence, somehow, is one of those adjectives that never strikes you while looking at a Japanese sportscar. But there is one that made the Porsche 911 a sepukku candidate briefly in 1999. That was the Nissan Skyline R-34, and ever since that Nordschleife record, which made the car such a cult, it’s been on the radar of two BSM men. One was Sameer Kumar, and the other is finding it an uphill task to describe his experience.   Let me tell you one thing, no Gran Tourismo edition can replace the actual experience of driving the Skyline. And coming from someone who vouches for BMW’s inline sixes, I now have a new parallel favourite. The R-34 is everything I had not dared to hope for. I expected it to be a pricey steed, struggling at low revs and be exactly like the Honda NSX – tall low gears, high-revs and a left foot killer.

It did a slam dunk on me when I pottered around for the pics. The RB25DET NEO (He means the engine, I think - Shumi) just doesn’t fail to amaze. Neither me, nor Wilbur Pires.But like everyone else, Pires bought it for the way it looks. And for a very long time, he eyed his neighbour’s R-34 every morning while waking up and looking out of his bedroom window. Then one day he found out that it was easier to import one from Japan and just add the necessary kit as stipulated by UK laws and then drive around London with cellphone cameras flashing at every corner. He didn’t quite fully gauge the hoopla that surrounded his car for the first few days, until he found a nice open stretch and let loose the 300 horses. Pires still wakes up every morning and eyes his neighbour’s car. He misses his pride and joy that’s now back here, in Mumbai.

That first brush with Nissan’s best engineering effort (until the new GT-R) was enough to get him to transfer his car to Mumbai for keeps. Thankfully for me, the four year search for the elusive R-34 ended not with the GT-R, but with the GT-T, its relatively unknown, cunning sister. The divergent line of thought is in the way the two cars are tuned. The GT-T carries a single turbocharger, instead of two and smack your lips, it’s rear-wheel drive. It’s the lighter GT-T that has been the drifter’s favourite, and not the certified, four-wheel drive lunatic. And like every other sportscar from the land of the rising sun, it stuck to the gentleman’s agreement to never exceed 280 bhp.

That agreement though is history, with the new GT-R topping out at 473 bhp, matching the 997 Turbo digit for digit. But not back then, when the Porsche 996 Turbo felt like a Panavia Tornado making a dive on a hapless Sea Harrier. But like the Sea Harrier, the Skyline made up in deftness and dynamics what it lacked in sheer power. And to plug the last gap, Nissan invested heavily in its Hokkaido proving grounds to replicate nearly every square inch of the Nordschleife. Last year, after twenty years of development, the final phase was ready, and somewhere along the course of development, the R-34 managed to make a snack of the Turbo. It did it again this year.It’s easy to accuse Nissan of spending way too much time and fuel on besting the Porsche around a track, but here’s where I ask, what is wrong with that? The 911 is a nice benchmark to chase, and the benefit of thousands of laps around the ‘Ring are there to be had. So what better way to do this than to hide the real horsepower. The gentleman’s agreement went out of the door way before, the R34 GT-R in fact was found to develop in excess of 320 bhp on the dyno. The GT-T also lacked the GT-R’s torque, but hey, the 2.5-litre NEO was no slouch either, when put next to the 2.6-litre GT-R.   Once you get inside, the Skyline is very nineties, this being a Japanese example also had radio controls in the local lingo. But that’s besides the point. With modern sportscars relying increasingly on gimmicky starter buttons, the joy of twisting the key is just immeasurable. There’s more driver focus here than a lot of modern supercars, relying on the simplicity of getting things done at 150 kph, rather than having to slow down just to do something as simple as turning the volume down. At speeds lower than 2000 rpm, in Drive mode, the car is very calm, never struggling to work around a gearbox that has taller ratios. The tiptronic box has steering wheel controls, that can be accessed via a flick of the button on the centre console, but I found working the gate shifter inherently more satisfying. Then you count down from three, pause briefly at two, breathe deeply at one, pull your right foot up and smash it down on the accelerator as hard as you dare at zero. For a moment you feel like a subatomic particle in CERN’s particle accelerator, only to realise it’s the car gathering steam above 4000 rpm. It feels like it won’t stop even if the revcounter touches the 7,000 rpm redline. Giving the Skyline more stick results in even more chirrup-happy moments and it feels very comfortable in those situations. The turbocharger whistle is supercharger soft and then once you get into the ‘spool’ rpm range, the HKS performance  exhaust just roars all the way to the redline and you give up on the radio and tune into the music, instead.

It truly is Godzilla when it puts its power down. For a car developed in the mid-nineties, it defies physics. Gearbox lag is close to zero, it pulls and pulls till you scream and beg the engine to stop. Because by then your limbs have developed their own little nerve centres, wanting to take a crack at the steering wheel and pedals. The sensory programme doesn’t stop there. The steering is the best of any of the cars I’ve ever driven. A mite better than the one on even the 996 Turbo S. Feeling the steering slip through your hands, you can accurately describe the surface texture of the bitumen. It’s also very precise, diving in to the corner at exactly the same line as you conceived milliseconds before you entered the corner. The surreal experience continues with the car displaying fantastic roadholding. Sure enough, the brilliance of all-wheel drive on the GT-R would take it to an even higher plane, but the GTT doesn’t feel bargain basement either. There is tons of grip that builds as you enter the corner, and you are acutely aware of it as the steering transmits so much more of what the front tyres are up to. The GTT, unlike the GTR didn’t have any of the trick stuff like the G-meter, but I bet, a less experienced driver would still set 0.8 Gs on a skidpad with comfortable run-off areas.It’s also quite forgiving for a rear-wheel drive car, even with the electronic nannys shut off. But it still displays a certain tenacity in the way it responds to driver inputs, without neutering the entire experience. That’s what makes it so special. It’s sympathetic, yet thrilling, beautiful yet menacing. It manages to combine diverging characteristics and yet retain a unique and distinct character.A character so distinct, you won’t find it often on Japanese sports cars.

You could spend the entire night trying to digest the mix-n-matched body parts. Only after much contemplation will you come to a conclusion – the parts are so different they could only have come from a unified thought. Like Pires says, three years later he still can spend hours staring at it, despite the near decade-old design. Fair enough, Pininfarina would have made a more sensuous piece, but it’s the clearest expression of a country, entwined in the past and struggling towards finding its future direction. It’s the Japanese superhero that none of the Mangas could create.And for once, they have brought all their madness together to work. As a coherent package.