Nissan scouts for yet another Indian partner 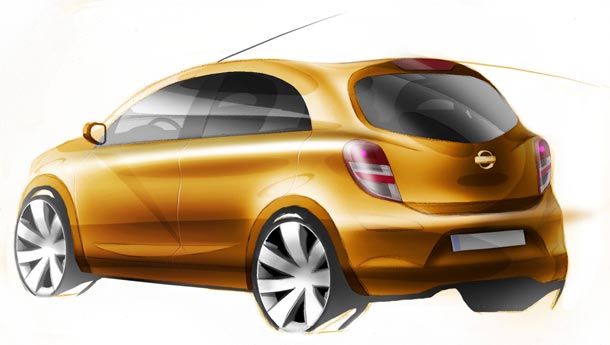 Japanese auto major Nissan Motor today said it was open to tying up with yet another partner in India to develop a car positioned between the fourth-generation Micra, the compact car that will go on sale in May in India, and it’s proposed ultra low cost (ULC) car being jointly developed with Bajaj Auto.

“We are planning to develop one more car that will be placed between Micra and ULC and we are open for one more partner for this,” Carlos Ghosn, chief executive of the Renault-Nissan alliance told reporters here today.

This would add a fourth partnership in India to the Renault-Nissan alliance’s existing three in India — Bajaj, Mahindra & Mahindra (M&M), with which Renault produces and sells the Logan, and Ashok Leyland, with which it proposes to make a car to compete with the Maruti Suzuki Alto. Nissan also has a car-manufacturing tie-up with its global alliance partner Renault.

On why Nissan wasn’t approaching its current partners for a tie-up, Ghosn said: “Our partner Bajaj Auto had said its hands are full and it is not interested in doing anything on top of that,” said Ghosn.

The ULC car is expected to hit the Indian roads by 2012.

On talks with Hinduja-owned Ashok Leyland to manufacture cars, he said, “We have started the discussion, but we haven’t reached to any conclusion so far for the proposed car manufacturing.”

On the partnership with Mahindra and Mahindra, Ghosn said, “We are not very satisfied with the performance of Logan. Both partners are discussing how to reposition the car and simplify it.”

He ruled out withdrawing the Logan from the market.

On the Light Commercial Vehicle manufacturing project with Ashok Leyland, Ghosn said the project was “moving well” and will initially use Oragadam, where Nissan is setting up its facility, and Ashok Leyland’s facilities.

“We are looking at launching two products, the first one will be rolled out by mid-2011, after which we will think about greenfield facility” added Gilles Normand, corporate vice president, Nissan Motor Company.

Asked whether Nissan’s tie up with different partners in India would result in an overlap, Ghosn said, “We don’t see any overlapping. Rather, we see gaining knowledge on frugal engineering and frugal products coming out of these tie-ups.”

“We need to learn more from Indian markets, particularly on the frugal engineering side and each tie-up is meant for different products to market both domestically as well for export purposes,” he added.

He said imports were not an ideal way of offering entry-level products. “We need to have a local partner to make our products cost competitive,” he said

“Both Ashok Leyland and Bajaj are majors in their respective field and we don’t see any reason why we should not look at more partners in India,” he added.