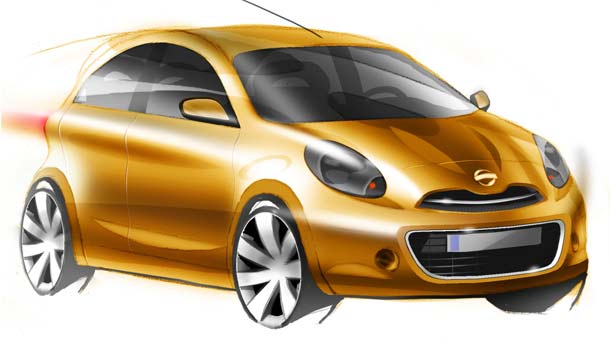 Japanese auto maker Nissan Motor Company, which plans to launch a compact car - the Micra - in India after six months, today showcased a sedan. The car is to be built on the same platform as the compact car, but will not serve the low-cost concept.

Senior officials of Nissan Motor stated that the company had largely frozen the design and concept of the sedan, which will be positioned as a premium product that would perhaps take on the likes of Chevrolet Cruze, Honda Civic and Toyota Corolla Altis.

The sedan would be launched in 2011. It incorporates futuristic styling, including large swooping headlights, tight lines running on the side doors, aggressive front facia and a sporty-looking but compact boot.

The company also displayed pictures of its yet-to-be-named compact car to reporters. Nissan is gearing up to launch the new compact car in May 2010 from the Chennai manufacturing facility, which is equally owned by French car maker Renault. The trial production of the small car — which will compete with Hyundai i10, Maruti Suzuki A-star and Chevrolet Spark, among other models — will begin next month.

Reporters were also shown pictures of a third model which would be positioned as a multi-purpose vehicle. This third vehicle, also to be made on the same platform, may or may not be sold in India as the company is yet to take a decision on the same.