Nissan Motor to expand it's footprint in smaller towns 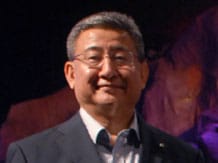 Kenichiro Yomura Nissan Motor India is expanding its footprint in smaller towns, which are emerging as significant markets for the Japanese carmaker.

“We are aiming to up our touch points from 117 at present to 300 by 2016,” Kenichiro Yomura, president of Indi operations, MD and CEO Nissan Motor told Business Standard .

He said the smaller towns were growing faster than the metros for Nissan and the company was gearing up to tap the tier II and III centres.

“We currently have a market share of two per cent, which we target to increase to 10 per cent by 2016,” he said.

Besides, Nissan is for strategically increasing the localisation percent of its vehicles, which varies from 70 to 92 per cent depending upon models.

“The localisation percent has been on the rise as benefits of cost, logistics and exchange rate associated with it,” Yomura underlined.

He further informed that Nissan would launch 10 new models in India by 2016 to add to its current product line. It would also launch Datsun models in the country.

He was in town to launch Nissan Safety Driving Forum, which had already been unveiled in Bangalore, Hyderabad, Ahmedabad and Amritsar. In phase I, the Forum was launched in Delhi, Mumbai and Chennai.

The Forum is an event to launch awareness about road safety and benefits of safety technologies in cars.