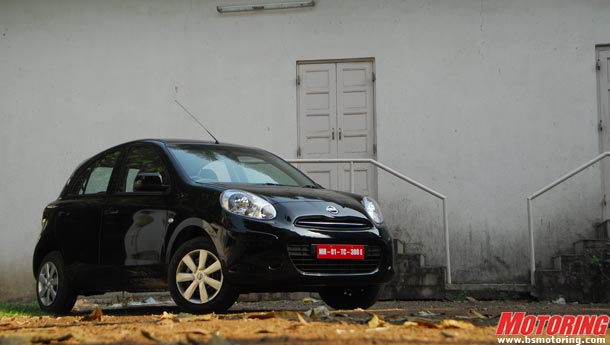 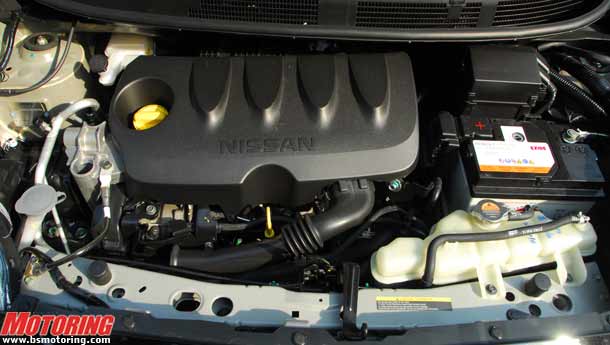 The coolest guys in college always had cars. Okay fine, I lied, the coolest guys in college were the fellows with the bikes. But face it, every girl, more often than not, fancied the dude with a car a tad more, especially in summer and during the monsoons. The idea of the perfect car has changed since I answered the roll call, but if I were in college now, I’d certainly have the Nissan Micra on my list. Not just any Micra, but the Micra DCI diesel. Here’s why.

It’s got its curves in the right places, which makes it appeal to women without coming out looking like a girly car. Although covered with continents of plastic, the interiors look young and energetic. The cabin has enough space for four teenagers and there’s plenty of space for two hormonal teens to canoodle.

But what seals the deal for me is the new diesel motor. Simply put, it’s the same engine from the Mahindra Logan, sans the intercooler. The 1.5 litre CRDI powerplant now puts out 63 bhp@4000 rpm, with 16.3 kgm@2000 rpm. It’s a gutsy motor, while its fuel efficiency — essential for driving more within the confines of modest pocket money — is pegged at just over 23 kpl as per Nissan’s claims.

Nissan have done a good job of making sure NVH levels are well contained. Some engine boom does seep in past 110-120 kph, but tyre noise is well contained for a hatch its size and class.

Driving the diesel Micra is fun, even in the city. A short turning radius of 4.65 metres allows the tightest of U-turns (essential if you just spotted a girl in need of a lift) and the engine pulls from almost every gear (crucial to get away from the boyfriend of that girl). The gear throws are a bit clunky, like in the petrol, and make quick shifting a little bothersome.

Ride quality is quite plush, thanks to that soft suspension setup, making potholes a jarring thing of the past. Unfortunately that soft suspension comes at a price: stability. The Micra is twitchy when the brakes are summoned with urgency and around corners; the Nissan tends to step out when driven hard with a bit of body roll. Speaking of brakes, ABS is not available even as an optional extra.

Attractively priced at Rs 5.85 lakh for the XV and Rs 6.33 lakh for the XV Premium variant, the Micra diesel does seem like a very good buy indeed. You may get only a single airbag and no alloy wheels and no automatic climate control, which is a bit of a downer, but the rest of the package is just fine.

Nissan’s after sales service network is growing at a steady pace, and it won’t be too long before there’s a dealership not too far from your residence.