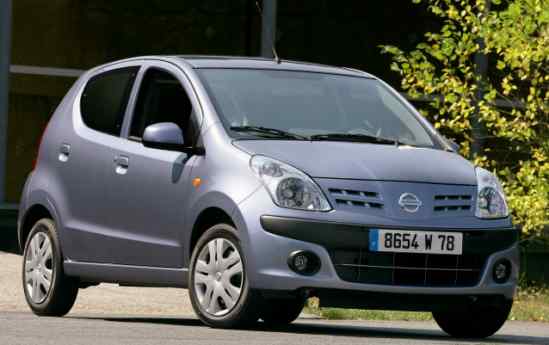 “We don’t know yet whether that strategy is still good with Suzuki joining Volkswagen,” Nissan Executive Vice President Colin Dodge said in an interview. “A lot of people believe not, and we’re thinking about it.”

Halting the Pixo would leave Nissan without a small, low- cost European model to compete with Fiat SpA’s Panda and Volkswagen’s Lupo in one of the few vehicle categories that is still growing. It would create a new hole in Nissan’s product planning after Chrysler backed out of a deal last year to supply cars and pickups. That commitment was canceled after Fiat bought a controlling stake in the US carmaker.

A spokesman for Suzuki, Takuma Mizuyoshi, couldn’t immediately be reached for comment. Volkswagen, Europe’s largest carmaker, had no comment on whether the German manufacturer would try to cancel the Suzuki-Nissan partnership, according to spokesman Michael Brendel.

Yokohama-based Nissan hopes the supply deal will continue and doesn’t have the volume or vehicle designs to make European city cars profitably itself, Dodge said.

The Pixo, a version of Suzuki’s Indian-made Alto model, plugged a gap at the bottom of Nissan’s European lineup when it was introduced in April as government incentives accelerated a shift in demand toward smaller, fuel-efficient cars.

Nissan is unlikely to abandon the city-car category if the Suzuki supply ends, Dodge said in the February 10 interview. “Affordable entry-level cars are going to become more relevant, and no big car company can afford to ignore that.”

Wolfsburg, Germany-based Volkswagen plans to make use of Suzuki’s small-car designs for its own future models and has drawn up 35 cooperative projects, Germany’s Manager magazine reported January 21.

Suzuki currently supplies Pixos at a rate of about 30,000 a year, Nissan spokesman Gilles Gautherot said. That’s less than half the annual consignment Nissan had said it hoped to negotiate. France’s Renault SA owns 44 per cent of Nissan.

Nissan’s partnership with Chrysler was dissolved in August, less than three months after Fiat helped steer Chrysler out of bankruptcy in exchange for a 20 per cent stake in the Auburn Hills, Michigan-based carmaker. Chrysler was to have made a small car and a full-sized pickup for Nissan, while the Japanese company had agreed to build a compact sedan for Chrysler to sell in South America.