Nissan keen to jump on the SUV bandwagon 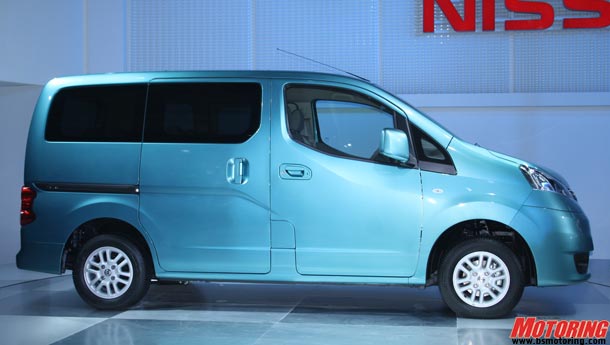 Takayuki Ishida, managing director and chief executive of Nissan Motor India, said, “Based on the platform, you can develop any type of car, as the platform itself is not a challenge. At this moment, we have not finalised what to develop on that platform. But, as I said, we have lots of options for India.”

The company is also considering if its globally successful compact products such as the Juke and the Qashqai could be launched in India. “The Evalia platform…we can have the possibility to develop products on it. We have lots of products abroad, including compact SUVs such as the Juke and Qashqai, and these are also candidates in the study (for launch in India),” added Ishida.

Nissan has stated it would position its own brand in the slightly premium segment, while the budget segment would see the introduction of the Datsun brand. Nissan, which had earlier launched the Sunny sedan and the Micra hatchback, is targeting volumes with the compact SUV.

SUVs have found buyers among traditional sedan buyers, as these vehicles offer greater space and higher ground clearance. M&M leads the growth charts, with utility vehicles accounting for about 90 per cent of its sales.

A wave of launches are scheduled in the utility vehicle segment, with manufacturers such as Maruti Suzuki, M&M, Tata Motors, Ford, General Motors, Hyundai and Toyota ready to launch products this month.

In late September, Nissan had launched the Evalia MUV. This, it hopes, would capture the market serviced by the Toyota Innova. Using the Evalia platform for a compact SUV or any new model positioned below, or on a par with it, would help Nissan record good volumes, said a senior analyst.

“What product is most reasonable for the local market? We would need volumes to localise it. What is the most appropriate product with the best price range, product position, engine, features and good design? If you do not have a good design, it won’t be liked here. We need to study these aspects, and currently, the study is underway,” Ishida said.