Nissan GT-R - Greater than the Greatest 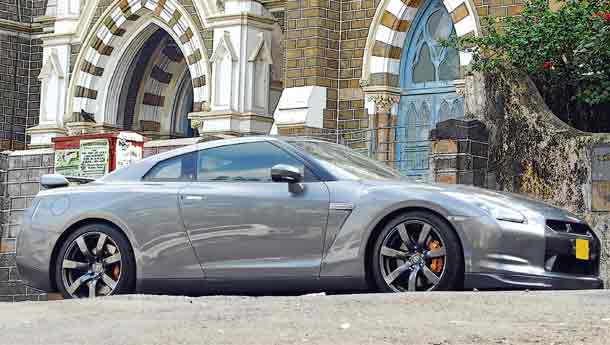 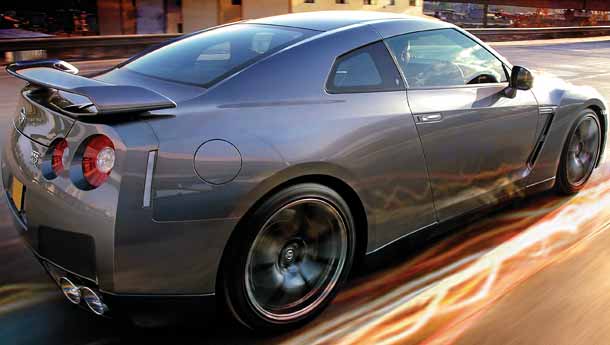 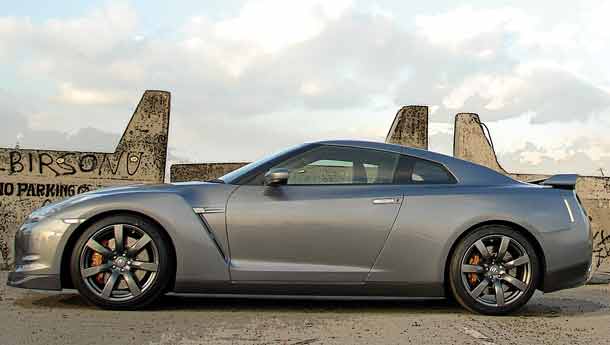 A committed Japanese is hard to unsettle. Whether they were kamikazes during World War II or the creators of Shinkansen, the Bullet train that responded to every speed record set by France’s TGV trains, the Japanese have stopped at nothing. Like here, the Nissan GT-R has once again taken on its old nemesis, the Porsche 911 Turbo, and given it the kind of spanking in auto magazines across the globe that would make even hardened Gestapo officers numb.

It is a hardcore car then, so hardcore that even Alberto Bestonso couldn’t give it a miss. As the proprietor of Mumbai-based Hyperformance Cars, he has to give his customers choices. And despite picking up the tab for the car himself, he sat across the table the night before the shoot and said, ‘I have three customers right now, and you have only tomorrow morning to do your thing before it goes to one of them. Do you want to do it?’ Oh hell, yeah!I have to admit, I barely slept for two hours that night; the anxiety of driving the GT-R the following morning nearly killed me. Once at our designated meeting point, I twitched, twiddled my thumbs and even nearly ran in the direction of Alberto’s house, before his voice crackled over the phone and said, ‘Can you wait for another 10 minutes?’ Bah! Alright sir!

It didn’t take very long before I heard a wail in the distance, the 3800cc turbocharged V6 screaming like a nuclear reactor gone critical. But more than anything else, it looked like a bat out of hell, an F-117 Nighthawk sweeping in low. Don’t forget that the concept was revealed to the world way back in 2001 at the Tokyo Motor Show and since then it has evolved drastically. It’s more edgy, resembling the various surfaces that make an F-22 Raptor – it makes the Lamborghini Reventon look overdone. Sort of anime, but very very catchy. In profile too it resembles its flying combat brethren, except the only blood on its hands would be from the carcasses of other supercars. ‘So you like what you see, eh?’, said Alberto with a hint of a smirk. ‘Wait till you see what else I have in store for you’, and he rattled away names way too obscene for these pages. Alberto’s company deals in exotics, pretty much anything that has a name like Ferrari, Porsche, Maserati, Shelby, or in this case, Nissan. But then, this is the first Nissan GT-R with the missing Skyline badge, and yet has created such a huge buzz. Why? To find out, I quickly jumped into the driver’s seat. To start off with, it shares very few genes with its predecessor, the R-34, which I am lucky enough to have spent considerable time in. The GT-R was never a lively place to be in, and this one isn’t either, but it’s awash with so many buttons and knobs, it wouldn’t look out of place in an electricity generating station. You can choose from one of three traction control settings, damper settings and even alter the ferocity of the transmission. One even forgets complaining about the presence of too many buttons on the steering wheel – the bejewelled GT-R badge on the centre boss takes away all the focus.   It didn’t take me long before I stopped fidgeting, because I was dying to hear the wail of the Ishikawa Harima turbocharged V6. Nissan claims that it develops 473 bhp@6400 rpm; that’s some six bhp lower than the 997 Turbo, but equally more astounding, two bhp more than the first supercar to hit 200 mph, the Ferrari F40, some two decades ago. Incidentally both are powered by twin IHI turbochargers, but then, the kind of horsepower entry level supercars make these days is the kind that extreme supercars made just a decade and a half ago.

Trivia extinguished in the annals of time, this is a fundamental and earth shattering car, and you know it when you fire up that engine. It sounds like a smooth turbine, not unlike the Porsche, and even when you raise the revs you long for an induction roar, akin to a V8, but it just gets more treble happy. Driving in A mode, it feels just like any other dual clutch gearbox. At 50 kph, I was cruising along in sixth, the gearbox never breaking a sweat and never threatening to go two gears down. At this point in time, if I were to say that this is the best gearbox in the world – right now,I wouldn’t be off the mark. The transaxle, within which the 12 friction faces, clutch plates, 4WD, diffs and preselectors is sheer genius, an example of wizardry not of this planet. As the tracking car moved aside, Pablo gave a sign for me to ‘go go go!’ Automatic mode engaged and Alberto holding on to his seat, I gunned it. Launch in first, then a flick of the right paddle shift into second. Clunky gearshift et al, this was the only time the car hesitated, mocking at my novice abilities. The entire body vibrated, and in those ten metres, I stopped looking up to every other car I had ever driven.

And this when I hadn’t even tried the R mode. In that one gearshift my eyelashes threatened to pull my retina into their respective sockets. The pull is immense, to the point of being blindingly quick. It doesn’t even jiggle at this point, but you already know you have just explored three fourths of its potentital, the suspension grinding the car into the concrete, hard, yet hiding its last ounce of brutality. We then pull over, my fingers itching now to try out Race mode, and I click the toggle switch, holding it for a fraction longer than a second, the red-light turns on. Then I reach for the VDC and transmission buttons, repeat the process, as my feet start to tremble, my hair starts to stand on its ends and I momentarily shut my eyes as I launch the car. This time, I don’t look back. The car jiggles, the rear wheels start to dig harder into the road as the differentials alternate power between the rear wheels, the only time when the rear loses composure, but believe me, it was only by a couple of degrees. I can’t believe that something like this can produce so much grip, and in that time, the car has hit the redline, begging me to upshift. This time it’s an unbelievably quick shift into second, with no hesitation, and before I can start to realise the gravity of the situation, we are already past 100 kph on the clock. Then another vehicle pulls over, and I need to downshift, from third, only to realise the throttle blips itself to downshift, engaging what we call a self double de-clutching of sorts. In R mode, the transmission is the only unit that smothers you, as the suspension, body and seats brutally smash bones against each other.   Grip is just phenomenal and in R-mode it beggars belief. It’s also extremely hard on your spine and your body, the stiffest suspension I’ve ever seen on a car. You might want to partially blame the Bridgestone 20-inch runflats, but the suspension itself has been set up to offer masses of grip and roadholding ability. On Mumbai’s roads it transmits every surface curvature with such precision, I don’t recall having ever known that the ribs on the concrete roads in Mumbai aren’t perfectly curved. Teeth chatter and after a point, you might need to spend some time on the ortho’s chair to get your teeth filed every now and then. It’s even harder to distinguish between the Normal and R-mode, the difference in damping being so minute; it’s like asking a nuclear physicist to distinguish between psychology and psychiatry. Oh, and how could I forget the multi-function meter, the one designed by the good folks at Polyphony, who incidentally also created the GT5 game for Playstation? I could relate to the various meters, but not to the sweet Japanese female voice, who after every ting tong kept telling me to take a legal U-turn for Narita, when I was actually arguing with a three-wheeled menace in Bombay! The only solace is that the driving position is spot-on for 95 per cent of all drivers and the steering itself gives you very good feedback. The cabin is large, larger than a 911 and good enough for 2+2 for a short stint, the dampers dampening any ideas of a long drive.

There’s also the warranty that can be a dampener, but Alberto has that sorted too. Your warranty stays valid and standard servicing can be done at a new facility he will soon be unveiling with diagnostic machines and tools for nearly every brand of exotic car. And if your car is in another part of the country, he’ll fly down his flying doctor within hours, of course for a fee. For someone who’s buying a car in the seven figure realm, it’s a small price to pay for peace of mind.But my peace of mind is shattered. For life. This short stint in the Nissan GT-R has only increased the craving for time on the track. Cross country. And then some more. Make no mistake, this is a benchmark car, one that has set standards so high, mere mortals like me will start feeling like we are one with God. It requires driving commitment of an order never seen before in an entry level supercar. It isn’t ironical then, that a Japanese car would humble a rank and file like me and tell me what driver commitment truly means.

We’d like to thank Hyperformance Cars for lending us the magnificent GT-R for the shoot. If owning an exotic car interests you, then you can contact them at 98920 07707 or at sales@hyperformancecars.uk.com