Nissan that launched the Terrano SUV in the country in October last year, is planning to introduce the vehicle in the Russian market. Terrano shares its platform and features with the Duster crossover. In India, Renault-Nissan alliance sells vehicles with cross-badging and it seems like the company will soon follow such trend in Russian market as well. 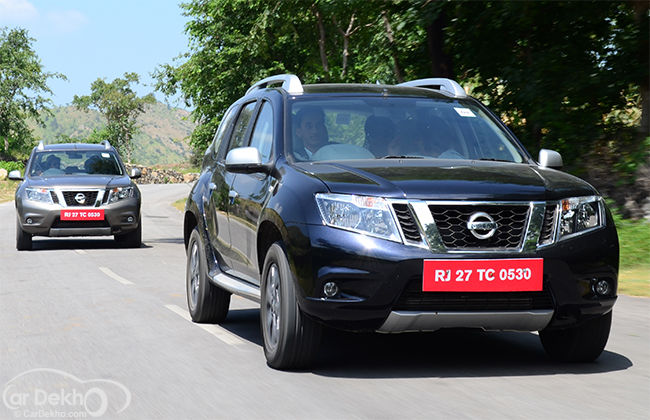 If reports are to be believed, the Terrano SUV would make its debut in Russia at the 2014 Moscow International Motor Show. It won't be a bad idea to launch a budget friendly SUV, where manufacturing cost is very low as it shares most of its styling and features from Duster.

Renault Duster is locally manufactured at Avtoframos's facility in Moscow, which is the fully owned subsidiary of Renault, and it is also expected that the Terrano will be made at the same place as well. Earlier, Nissan India President, Mr. Kenichiro Yomura commented that the Terrano could be exported to other nations from India, however we expect that Terrano would be developed at the Avtoframos unit in Russia.

Mechanically, the Terrano SUV continue to be powered by the same 1.5-litre K9K diesel engine and a 1.6-litre petrol engine. The vehicle could also feature a new 2.0-litre petrol engine producing 135PS and a 4WD version will also be made available with all engine options.