Nissan could introduce this in our market as the compact crossover segment is rampantly growing! 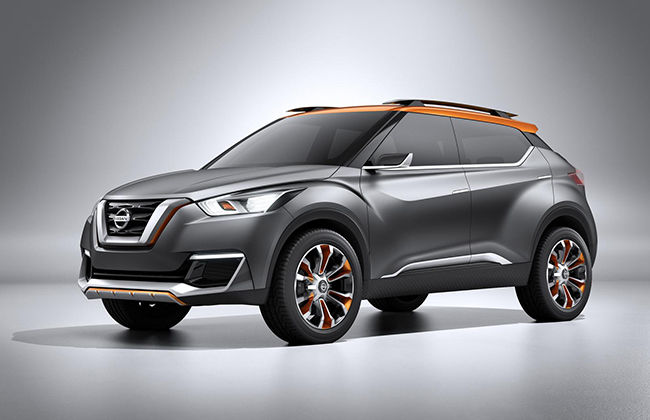 "Since then, we've established our global crossover leadership with vehicles like JUKE, Qashqai and X-Trail – which have been great successes. The Kicks will bring Nissan's unique Crossover expertise to more regions," he added further.

The automaker added that Kicks Concept’s design was led by Nissan's Global Design Center in Japan along with Nissan Design America (NDA) in San Diego and Nissan Design America - Rio (NDA-R). Currently, the teams are engaged in design and development of the production model. Moreover, Nissan said that its decision to produce the car was due to the concept vehicle's success during the 2014 São Paulo Motor Show and the 2015 Buenos Aires Motor Show. No further details regarding the car was revealed by the company. However, for the very fact that Kicks will share petrol and diesel engines from the Renault-Nissan alliance engine line-up. 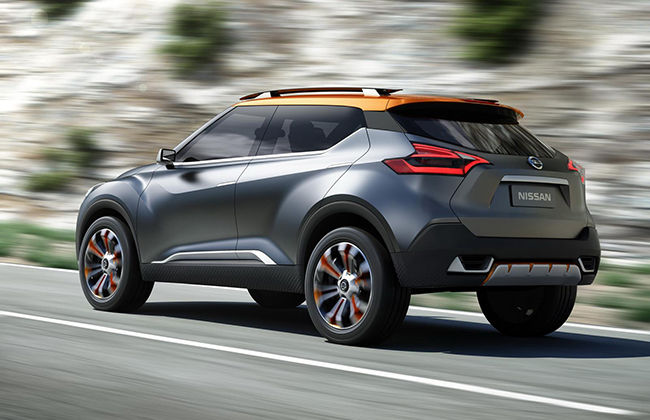 Speaking about India, Nissan is expected to re-launch X-Trail in Indian. The SUV is expected to be launched at the coming 2016 Auto Expo in February. The vehicle will compete with the premium SUV segment in the country. While its arch rival would be Honda CR-V, as Nissan is rumoured to launch hybrid petrol version of the new X-Trail.