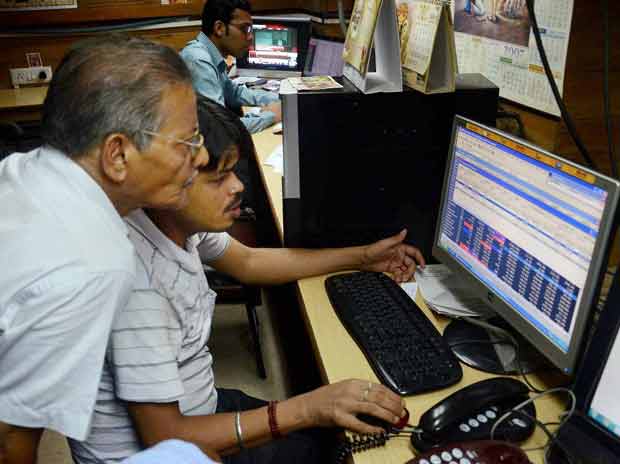 Benchmark indices ended lower, amid weak Asian cues and easing crude oil prices, as investors turned cautious ahead of the policy meetings of central banks in Japan and the US.

"The more compelling case for a rate hike, in our opinion, would stem from the Fed’s need to regain credibility and ensure that its communication does move the markets. We continue to stand by our case for a rate hike of 25 bps in the Fed Funds rate in December," adds Abheek Barua, Chief Economist, HDFC Bank.

ALSO READ: Bank of Japan may rattle global bond markets as Fed seen on hold
Barua further adds, "The most likely outcome in our view is the expansion of pool of assets (including local government bonds etc.) and a cut in interest rate for the loan support program. Moreover, to impart longevity to the asset purchase program, there could be change in the inflation forecast, that is expected timing for the achievement of 2% inflation could be changed from “during fiscal 2017” to “over medium term”.

Asian shares edged lower on Tuesday as investors nervously awaited the outcomes of Federal Reserve and Bank of Japan policy meetings that will both conclude on Wednesday.

ALSO READ: Elevated Libor points to Fed hike
Tokyo markets will be closed for another holiday on Thursday, with the highly-anticipated BOJ meeting sandwiched in between the market closures.

Oil prices edged lower on Tuesday ahead of an expected build in US crude oil stocks and on Venezuelan comments that the oil market remains oversupplied by 10%.

Back home, India’s external debt stood at $485.6 billion as of March 2016, up 2.2% year-on-year due to a rise in long-term debt, particularly non-resident Indian (NRI) deposits.

Mobile operators, including Bharti Airtel, Vodafone and Reliance Jio, have submitted call traffic data to Trai, a move that will enable the regulator to look at the pattern, including asymmetric traffic on networks, as part of its consultation on inter-connection usage charges. Shares of Bharti Airtel slipped by 1%.

Oil and Natural Gas Corporation (ONGC) moved higher to its 11-month high of Rs 259, up 2% on the BSE, extending its 2% gain in the past two trading sessions.

Tata Steel will pay out a total Rs 130 crore as annual bonus to its eligible employees for the year 2015-16.

Among other shares, Bhageria Industries hit a new high of Rs 535 in intra-day trade, ended up 10% on the BSE, extending its past over a month rally, after reporting a good set of numbers for the quarter ended June 30, 2016 (Q1FY17) and sub division of the company’s equity shares.

ALSO READ: Jyothy Lab, Biocon, Delta Corp, Accelya Kale hit record highs
Kolte-Patil Developers moved higher by 7% on the BSE after the real estate company said that it expects to record 20% year-on-year growth in volume for the rest of the current fiscal (2016-17).

Castrol India rallied 8.5% after a more than 1% stake changed hands in the counter post multiple block deals on the NSE and Bombay Stock Exchange.