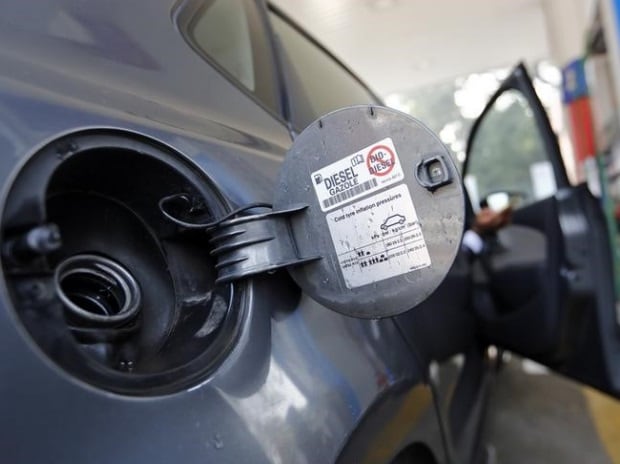 A vehicle waits to be filled up with diesel at a petrol station in New Delhi (photo: Reuters)

The diesel car business in the capital has taken a beating after the National Green Tribunal last month directed the transport authorities to de-register 10-year-old diesel vehicles to control pollution.

The decision came as Delhi’s car dealers were beginning to take in their stride the Supreme Court ban on 2,000 cc diesel vehicles. The ban, imposed last December, had also affected sales of diesel cars below 2,000 cc in the National Capital Region.

“All of a sudden, buyers are unsure whether their cars can be used after 10 years. This brings down the resale value and affects sales of new diesel cars,” said Jnaneswar Sen, senior vice-president, marketing and sales, Honda Cars. He added there was no rise in enquiries for diesel cars in Delhi last month.

The NGT order was delivered on July 18. The Supreme Court ban is still in place and the court’s order based on a final hearing have been reserved since July 4.

The dealer said the registration cost for a diesel car priced Rs 60-70 was about Rs 6 lakh and in the past, one could drive the car in Delhi for 15 years.

If the NGT order is implemented, a buyer of such cars will still pay Rs 6 lakh but use it for 10 years.

“There is a hit buyers will have to take,” the dealer said. After the NGT order, the Haryana government said it would ban 10-year-old diesel vehicles in Gurgaon and Faridabad.

The NGT decision, if executed, effectively will continue to drive people away from diesel cars in the national capital region. “There is lack of clarity and buyers are confused,” said an industry executive.

The narrowing price gap between petrol and diesel is also reducing the incentive to own diesel cars. The price differential  between petrol and diesel is down to Rs 9 a litre from Rs 30 four years ago. According to the Society of Indian Automobile Manufacturers, the share of diesel variants in new cars nationwide fell to a low of 26 per cent in May from 52 per cent four years ago.

“It may take some time for the NGT action to be implemented. But buyers are worried. In Delhi, hardly one-fifth of our Etios sales came from petrol variants till last year. Now over half are petrol,” said N Raja, senior vice-president and director, sales, Toyota.