Next-gen Toyota Corolla May Not Get A Diesel Engine

Diesel cars are becoming a taboo term in India. The Delhi diesel ban has a lot of manufacturers upset with their ire being worsened by the new ban in Kerala. While these rulings impact India alone, it looks like they’re a reflection of a global trend. The next-generation Toyota Corolla (Corolla Altis in India) may not get a diesel engine, as per a report by Autocar India. 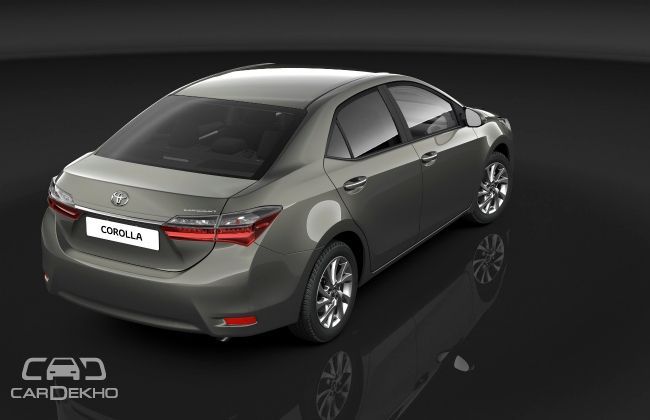 The current Corolla Altis uses a 1.4-litre, 4-cylinder diesel engine that makes 88PS of power at 3800rpm and 205Nm of torque at 1800-2800rpm. The engine comes paired with a 6-speed manual gearbox and while the motor is quite an old unit, its reliability has seen it sustain good sales for the sedan. However, demand for small diesel cars in Europe has gone down and developing a Euro VI compliant, low-displacement diesel may not be financially viable for Toyota, who is set to invest Rs 1000 crore in a new diesel engine plant.

The Japanese automaker may instead, opt for a petrol-hybrid that would find more acceptance. The New Delhi government has reduced taxes and duties on hybrid vehicles, which resulted in Toyota slashing prices of the Corolla’s bigger sibling, the Camry Hybrid, by over Rs 2 lakh. However, buyers haven’t completely veered away from diesel engines, especially when it comes to more expensive cars.

The Corolla’s diesel engine is modest when compared to those of its rivals, but the car does sell better than the Volkswagen Jetta, Skoda Octavia, Chevrolet Cruze, Hyundai Elantra or Renault Fluence. A lot of these sales can be attributed to fleet operators who prefer diesel cars for their superior fuel-efficiency.

The success of a non-diesel powered Corolla in India will greatly depend on the market sentiment at the time of its launch. For now, we're waiting on the Corolla Altis facelift to hit our shores.