New Toyota Fortuner has been revealed The new one looks a lot more sleek and stylish. The grille and the headlamps are sleek and the new design of the alloy wheels. The Toyota Fortuner will be coming to India next year and it will be replacing the currently sold Fortuner. It has small glass-in area and a similar chrome at the rear with FORTUNER embossed that we have seen on the current Fortuner. The interiors are brand new. It has a new Toyota steering wheel with mounted controls. The new AC vents and a large touchscreen system and even tweeters. The new Fortuner is certainly a lot more stylish, modern and feature loaded than the current one. The new Fortuner is lighter, powerful and even fuel-efficient. The two engines that will be available will be a 2.4-litre diesel that will produce 148bhp of power and 2.8-litre engine that will churn out 177bhp of power. Both these engines will be made available with six-speed manual and automatic transmissions. There will 4x2 and 4x4 variants available. Toyota will increase the localisation of the Fortuner, this will make it more affordable and competitive. Toyota has plans to assembly the new diesel engines in India in its Karnataka plant. 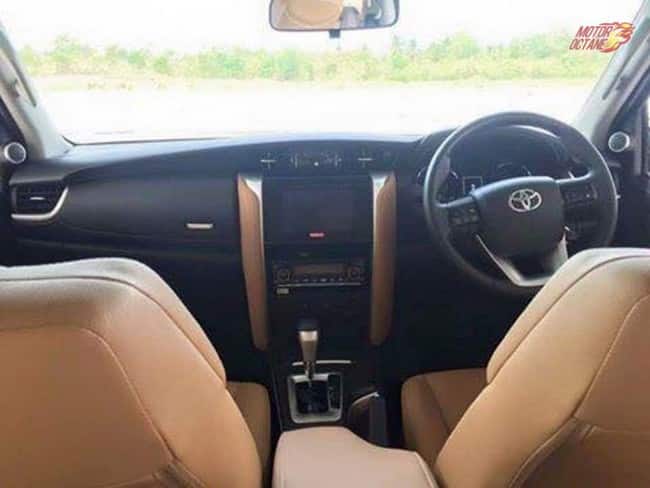