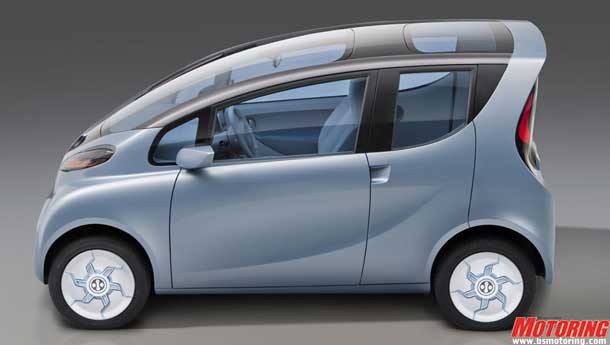 Tata Technologies unveiled the prototype for a $20,000 electric car that can carry up to four passengers in Detroit as it set out to challenge more costly rivals.

"It is a tangible example of the capability of Tata Technologies to engineer a full vehicle -- a first for any India-based engineering services company."

Tata Technologies does extensive consulting work for clients such as Ford and Chrysler, offing the "competitive advantage" of its experience in both developing and mature automotive markets, Harris said.

The objective was to demonstrate it was possible to build an electric vehicle with an attractive price, thought not with the intention of producing an electrified version of Tata Nano, which is built by Tata Motors.

"We researched numerous concepts for an internal engineering study that would highlight both the Tata Technologies dedication to environmental responsibility and sustainability, and showcase our global experience, knowledge, capacity and innovation," Fisher said.

Fisher said Tata Technologies used set a price target of $20,000 and then used a multidimensional approach to develop the vehicle using the company's "intimate understanding" of frugal engineering principles.

The end result was a small, urban oriented four-seat vehicle with a unique electric drive and operating software that weighs only 900 kilograms.

The eMo also has a steel frame capable of meeting existing crash standards.

"This next decade will see an ever-increasing demand for more efficient and accelerated product development that also will need to incorporate more new technology than the auto industry has seen in 30 years," Fisher said.