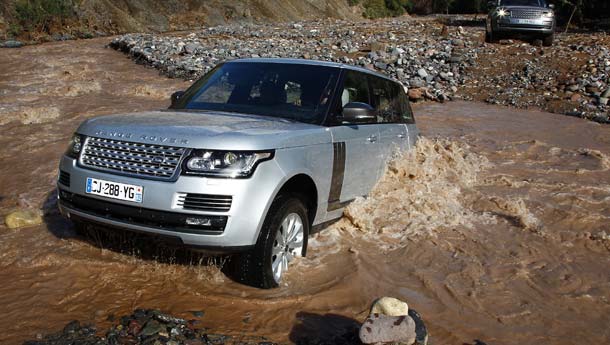 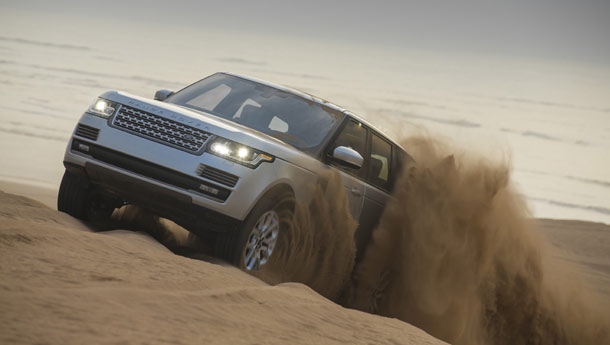 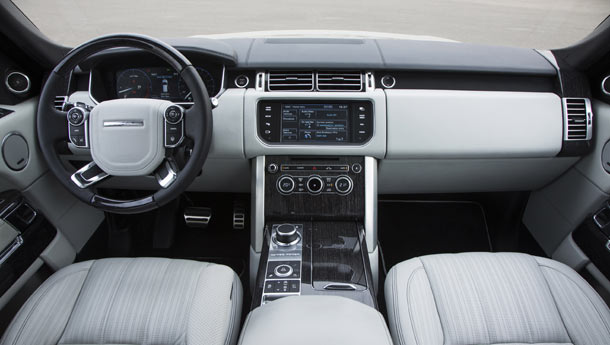 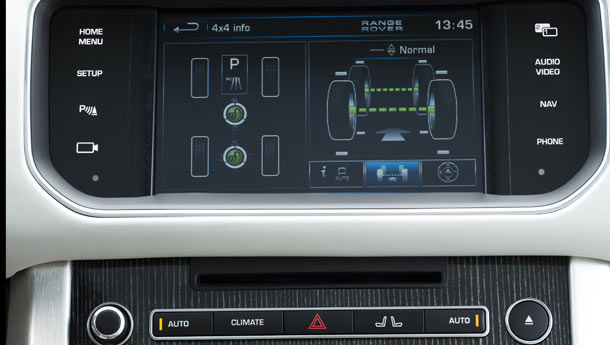 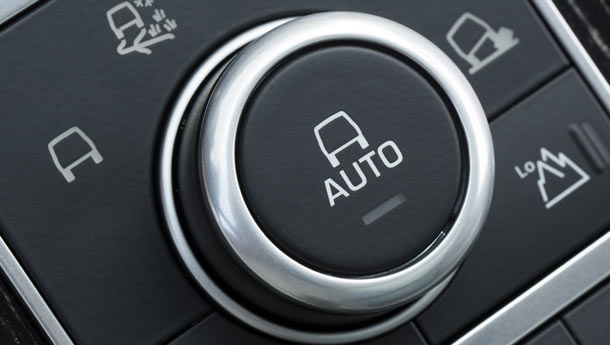 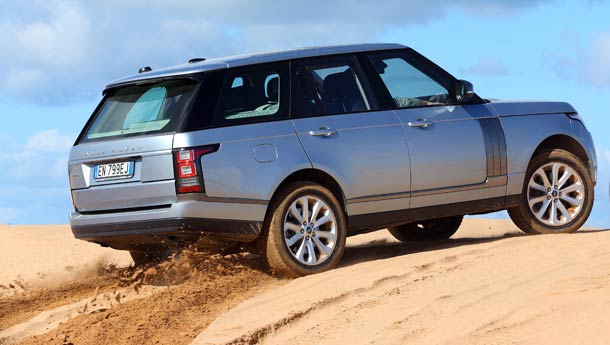 The last time we were offroading together, the whole seven days was punctuated by a series of ‘OW-OW-OW-OW-OW-OW-OWs’ as his knees consistently knocked on the hard plastic of the dashboard and his head kept hitting the roof as the Gypsy galloped all over the rocky Ladakhi landscape. This time round, not a single ‘Ouch!’ emerged, except when he was rebuffed by a wizened old Moroccan on a donkey while trying to take a touristy picture. The near-seven-feet Murali K Menon and yours truly go back a long way, right to the inception of the magazine that you’re reading now. The managing editor of Man’s World magazine and author-to-be was my partner over the two days we spent driving the all-new Range Rover in exotic Morocco, where we not only evaluated the on-road behaviour of this flagship Land Rover, but did extensive offroading as well. The last time we went offroading together was at the Raid de Himalaya in 2000, where we consistently managed to come first (from the bottom of the results list) every single day. Oh, we managed a DNF as well. He was navigating.

No worries this time. We had an excellent satnav system to guide us, though MKM managed to overrule it and made us lose our way briefly. I don’t know how he manages to return home every day. Anyway, back to the Rangie and the exceptionally brilliant route chartered out by Land Rover to gauge the capabilities of their new pride and joy. You might have read in our October issue the ten key points of the new Rangie, so it’s not worth repeating it all over again. The important bits are that it’s an all-aluminium monocoque and the front and rear subframes too use the same material. Terrain Response 2 makes a debut, which now has an Auto Mode that, well, decides for you. Its wading depth has increased substantially (it’s 900 mm now) by cleverly repositioning the air intake system, while inside, it’s luxurious, quiet and less confusing. This car is not only about its innovation in materials and construction techniques. It has lots of brain power too. The chief engineer tells me that the software for the control systems in this car are ten times more than those used in any military or commercial aircraft. I don’t know how you measure these software thingies, but whatever it is, it worked beautifully as I experienced it over two days.

Getting into the Rangie for the first time, I realise how big this vehicle is, as I clamber onto it, the initial moments are more like ‘is this an SUV or is it a truck?’ You have to adjust your driving habits around this car because of not just the commanding position, but also its steering feel, dimensions and its heft. It seems almost imperial; henceforth it should be called Your Majesty Sir Range Rover. The Rangie dominates the Moroccan roads as we head out of the coastal town of Essaouira; even the local trucks seem to be keeping a safe distance from us. Unfortunately it won’t be the case back home, as such vehicles are powerful magnets to all and sundry – from cyclists to ST buses. The Range Rover bobs up and down the road, the four-corner air springs soaking up all the patches regally while my partner relives our dashing rally days. It’s all hush-hush in the cabin, and spectacularly so. Especially when you consider that there is a monstrous V8 diesel motor sitting up front. The insulation against NVH is just brilliant – in fact, Land Rover has gone the extra mile to ensure that occupants are seated in a state of serene calmness, allowing them to think up further adventurous rally exploits in a cocooned atmosphere. The diesel versions have dual-isolated engine mounts while there is special acoustic lamination on most of the glass surfaces. This is an achievement as aluminium does not help contain noise in general.

The version I am driving is the 4.4-litre V8 oil-burner paired with an 8-speed automatic. This turbodiesel develops 334 bhp and 71.3 kgm, which can propel this 2.3-tonne big rig to 100 kph in less than seven seconds. But this engine is not about the quickness, it’s about the effortless performance from the motor. At any given point of time, there is no indication from the engine that it’s lugging such a big vehicle. What is of course special about the new Range Rover is that the aluminium construction techniques plus a host of other engineering improvements have help shed its weight considerably over the previous version, which was a steel monocoque. To give you an idea, between the TDV6 versions of both generations, there is a difference of a huge 420 kilos. That said, it feels lighter but not substantially so. The weight loss programme has not resulted in the Rangie feeling any less hefty, solid or well-built. After all, if you’re paying big bucks, you want to feel as if you’re travelling in a moving vault, right?

Off the road and on to the sand dunes along the Atlantic coast now. Shifting into low ratio and turning the knob to Sand mode, the Rangie decides everything – all you need to do is be smooth with the throttle and steering and be gentle with the brakes. With the Rangie doing all the thinking, we go up and down over sand dunes without any fear of getting stuck. It clambers up with the momentum provided and glides down steep slopes without you having to do anything but steer minimally – no throttle, no brakes, just gravity. What’s impressive is that it did all this wearing regular tyres, not even offroad rubber. The objective is to keep momentum, which was not a problem considering there was plenty of torque even at the bottom-end. It manages to take off on slippery sand from standstill without any visible effort. Moving on from the sand dunes into rough trails, the Range Rover traverses over these surfaces without any problems in the Auto mode. It felt large and bulky on tarmac, but on tough terrain, it has the agility and sharpness of a mountain goat – this transformation comes easy to the Rangie.

Heading out on a brilliant highway towards Marrakesh, the Range Rover chews up distances. While my partner meditatively chews on Twix bars he fished out from the chilled box – well, this time around, at least he’s offering me some. The motive force of the engine is best displayed on this stretch. It is ticking over at 1500 rpm and I am cruising at 150 kph. The vast reserves of power of the TDV8 are not even tapped when I break the local laws by pushing the 200 kph mark. Barring some wind noise, the cabin still remains hushed. But this is not as brilliant a road car as the Cayenne, for instance, when it comes to on-road dynamics. The Porsche, despite its size, is one with you while this one feels isolated. It is softly sprung and despite the array of electronics governing the suspension, which attempts to control body roll, it still does not hunker down to give you flat-out cornering. And the steering feel (and a complicated looking wheel, while at it) is tuned to keeping your hands pampered rather than give you feedback.

But the Range Rover has never been about straightening corners, so I am just nitpicking here. Because it does stuff that others in its class will not be able to do. Closer to Marrakesh, we go through one more offroad section which involves clambering over rocks and negotiating ruts. Again, the electronics govern all your action while the car shows off its approach, departure and breakover angles. Keep your hands on the wheel, be gentle with the throttle, and put this car through things you’d never do if it were yours. The Range Rover makes telltale grunting noises as the suspension travel (260 mm at front and 310 mm at the rear) changes according to the surface. There is full-on grip and you know exactly what the car is doing – helped by the fantastic display on the instrument console. Even the pull of gravity when the whole car is at an angle doesn’t ruffle its aluminium – there’s complete confidence.

The next day, we get a bomb of a petrol version to check out. This is, of course, seen in the sporty Jags as well, the 503 bhp, 63.7 kgm 5.0-litre supercharged V8. Moving around the fabulous city of Marrakesh, the car still feels big despite the familiarity with it yesterday. The petrol is even more hushed inside, keeping the noise of the city on the outside. The energy of the engine is masked well by the 8-speed auto, which adapts to the driving demands. Floor the throttle and it whooshes forward rapidly; Range Rover claims a 5.4 second timing to 100 kph. Remember. It. Is. A. Big. SUV.

We go off the road around the Atlas mountains and plunge directly into a rushing stream. And there’s where we would be driving all through! The stream is broad and two or three feet deep in places and underneath it’s all rock.

The active differentials work their best here, as you don’t know what you are traversing. The car fords over the streams despite the water pushing against it and plucks its way over the invisible rocks. To attack an upward rock-strewn slope, I go a little more energetically and I hear a muted thud. Emerging from the stream, we realise the sidewall has been slashed by the rocks and the tyre needs to be replaced. Which the Land Rover team do with quiet efficiency.

The display gives the angles of the wheels too, so it makes it all the more easy to figure out where you are placing your front wheels – great while negotiating surfaces you can’t even see and, even more important, when the force of the water is changing your trajectory. The Range Rover’s new-found 3-foot high fording ability is seen over here as we splash all over the stream and we are home and dry. The incredible thing about the whole exercise is that while we put it through all this abuse, you’re calm and unruffled inside and in great luxury. Not many cars can boast that – you can listen to the music’s tiniest of nuances inside while you’re wading through gushing streams outside. Or even the incessant chomp-chomp of a Twix bar disappearing.

The Range Rover was always a capable, go-anywhere vehicle that lets you bask in luxury. This, the fourth generation version, takes not just its capabilities even further but the asking price as well. It is ready for launch in India any time now and the asking price will be around – hold your breath – Rs 1.7 to 1.8 crore. Ouch.