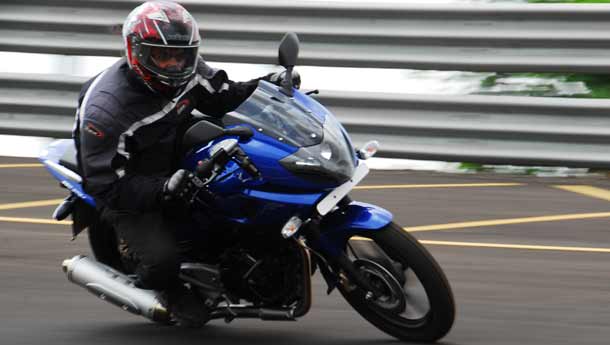 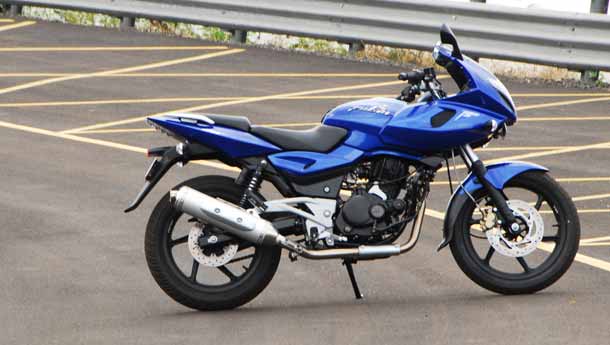 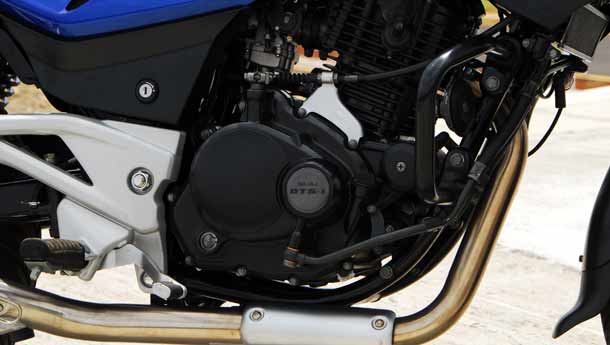 Going backwards to go forward. Some concept, isn't it? And it's something that Bajaj has adopted with the 2009 Pulsar 220, even though it only pertains to one thing – the P220 is no longer fuel injected! Yes, it might seem like a step back, and in a way it is, but does it detract from what the motorcycle has to offer? Nope, not by a long shot!

When the P220 was first born after a painfully long gestation period, Bajaj, and motorcycling enthusiasts as well, had big expectations from the motorcycle. While it was a good bike with many firsts to its credit, its price put it out of the reach of many and its reputation had already taken a beating thanks to not-so-nice rumours about the FI system's reliability doing the rounds. And it didn’t help that Bajaj took forever to launch the bike. Disgruntled prospective customers turned away from the P220 and walked straight into the Hero Honda Karizma's wide open waiting arms. Now, Bajaj's decision to remove the fuel injection system also removes the cost associated with it, making the bike cheaper and also removes the reason why many people shied away from it.

Visually, the P220 gets the black treatment for the engine, suspension and wheels, while the 'Pulsar' logo 3D-s the tank. The quarter fairing has a new decal that looks like a stylised 'F.' I didn't get around to asking Manish what that meant, but it well might stand for 'fastest' (Bajaj is pegging the bike as 'The Fastest Indian,' you see). The tachometer face has also changed, while both front and rear brake callipers are now finished in gold. If you decide to buy the P220 in black, you'll get black clip-ons and grab rails as well. The rest of the aesthetic package remains the same as does the commendable build quality.   When Bajaj's Manish Tandon pointed out the carburettor in the darkness under the fuel tank, my first thought was, 'Oh crap, there goes the throttle response.' But more on that later. The P220's fuelling is now handled by a UCAL UCD 32 venturi carburettor, the biggest used on an Indian motorcycle till date. The bike also gets a camshaft that has higher lift for a longer duration of time than the earlier 220. In addition, the piston skirt is coated with a graphite-based black coating to reduce friction and it uses a bigger ExhausTEC resonator box. Net effect? 20.83 bhp at 8500 rpm and 1.95 kgm at 7000 rpm. But it is the way the P220 now puts its power down that impressed me on Bajaj's test track. The earlier P220 was stable in a straight line, but leaving corner speeds unchecked saw it buck around a bit. Ride the ’09 P220 and you will notice the vast improvement in handling. The suspension has been stiffened at the front and rear, while the tyres are now soft compound MRF Zappers like the R15's. Small changes, but they make a huge difference to the way the P220 behaves in corners. And a braided steel hose now supplies the calliper with juice to squeeze the 260 mm front disc. So how does it all come together?

Going around a corner repeatedly as Kyle took some cornering shots, lean angles kept getting lower and lower. After the shoot was done with, Kyle and I had the 2.8 km track all to ourselves. While I jumped onto the P220, Kyle first opted to have a go on a rival bike, currently the most expensive offering in the Indian premium segment. On the long straights, when dragged together, the Pulsar effortlessly opened up a substantial gap and kept pulling away towards its VRDE-certified top whack of 144.3 kph. The fifth gear on the ’09 bike is taller than before to bestow the P220 with a strong top end. This feature should also make cruising on highways a lot easier. Did we cruise? Heck no, but here's what happened.

Allow me guide you around Bajaj's delightful test track. You tear across the start-finish line next to a watchtower and accelerate towards a flat-out uphill left-hander. Even while braking hard for this thrilling turn from an indicated 141 kph, the P220 felt extremely composed and I appreciated the improved feel through the lever, courtesy the braided steel line at the front. Tip the P220 into the corner with 100 kph showing on the digital speedometer and exit carrying more speed as the P220 shows no sign of wallowing around, remaining planted throughout the turn. Next, you straighten briefly as you position the bike on the far right for another sweeping left-hander that's coming up fast. Pit entrance on your right. Ignore it. Instead, concentrate on getting the line correct through the sweeper. Nailed it? Good. That brings you to the next hurdle – a fast S-bend with an inviting left-handed entry, but an immediate, tricky long right-hander. You control your speed into the left, flick it to get the right line for the right and whack it open to exit at 89 kph. The P220 doesn't mind sudden changes in direction anymore and doesn't shake its head in disapproval, while mid-corner throttle corrections are as easy and predictable as before, if a bit duller. It might have lost a bit of its crispy response, but it is not bad by any standards. Thank heavens for that.    Then it's hard on the brakes for a left-handed hairpin. Thanks to the tyres, the P220 tracks straight and true, and even when you lay it down in an instant, it never threatens to let go. Next up is another never-ending right hander, a perfect corner for you to skin your knee at any point in the turn – just lean more and you will get it. I did. No drama from the P220 even when the horizon is far from straight and you can even change lines multiple times just for the heck of it. Then it's through a left-right kink and onto a long straight where you let it rip. At the end of the straight, you plunge down a flat-out right-handed kink at over 130 kph as a befuddling sight looms before you – a banked left-handed corner. Banked as in proper speed bowl-type, reality distorting banked and I just couldn't figure out how to tackle this piece of angled tarmac. Should you go low or high? You take the middle and are immediately greeted with a bump, but there's nothing to worry about – the P220 is still planted. You exit the bank at 88 kph with a sigh of relief and tear down towards the start finish again. Now close your eyes and keep doing it over and over again. Go on, it's fun.

So, is the P220 better than before? Yes, especially in terms of handling. For actual performance numbers, we will wait until we get to test it for ourselves, but I don't think Bajaj's claims should be unfounded. Another very important detail is the price. At the time of going to press, Bajaj hadn't disclosed pricing, but I reckon it should be at least Rs 10,000 cheaper than the outgoing P220, which brings it closer to the Karizma's price and makes it way cheaper than the R15. The change back to a carb doesn't adversely affect the bike. If anything, it gives us more scope for fidgeting around to find more power via air filters and jets. Bajaj is keen to reclaim the crown of performance king and the Pulsar 220 looks set to do just that. Going backwards to go forwards is sometimes the only way, it seems. Oh and Bajaj, get the mirrors to work please.