New products, Interceptor INT and Continental GT to be key for Eicher A 19 per cent volume growth in two-wheelers and improving realisations helped Eicher Motors report 23 per cent growth in revenue for the December quarter, in line with estimates.

Despite higher raw material costs and other expenses, the company managed to maintain margins at 31.2 per cent, 20 basis points lower than the year-ago quarter. The company indicated marketing costs would continue to be high, given its overseas expansion and model launches.

Eicher raised prices on two-wheelers from February 1, which should alleviate the pressure on margins a bit. The focus will be to ramp up sales volumes. 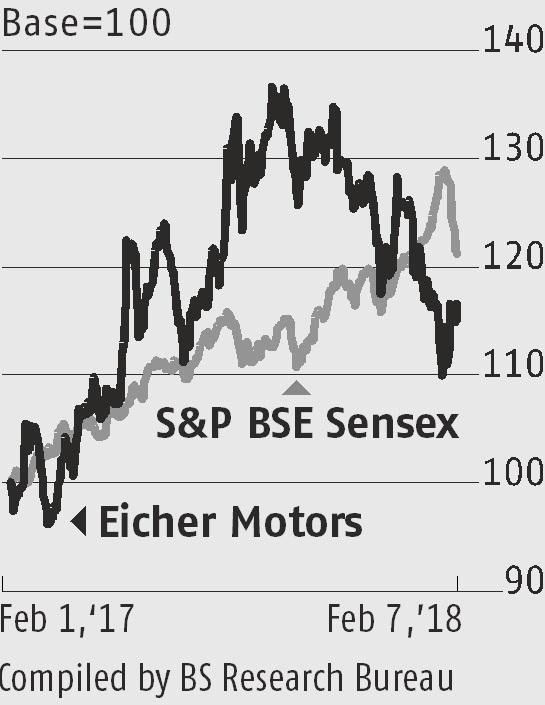 While the company increased market share in the domestic market in the 150cc-and-above segment to 30.5 per cent, the Street has been sceptical about its ability to match the high growth rates of the past. Moreover, the Classic 350 and the Bullet 350 account for about 85 per cent of its volumes. Sales of other models have been declining year on year. December sales of the two popular models were up 20 per cent. Volumes of bikes with engine capacity above 350cc were down 20 per cent.

The January numbers have been encouraging, as the company posted a 31 per cent improvement in volumes.

Models with engine capacity above 350cc, which account for 6 per cent of volumes, were also up 12 per cent. This segment has been a laggard for the company, as sales in the first nine months were down 19 per cent.

A lot will depend on launches and refreshes. Variants such as the Himalayan Sleet and the upcoming Interceptor INT 650 and Continental GT 650 will be key for growth. While exports are barely 2 per cent of the volumes, the company is aggressively expanding its reach, focusing on South East Asia and Latin America.

The management indicated the response to launches has been encouraging and it was increasing its marketing initiatives.

On the Volvo Eicher Commercial Vehicles business, the company continues to gain market share in the 3.5-5-tonne segment.

The management expects growth in other segments to improve on the back of infrastructure initiatives and growth in the mining segment.

Given expensive valuations, investors should avoid the stock for now.