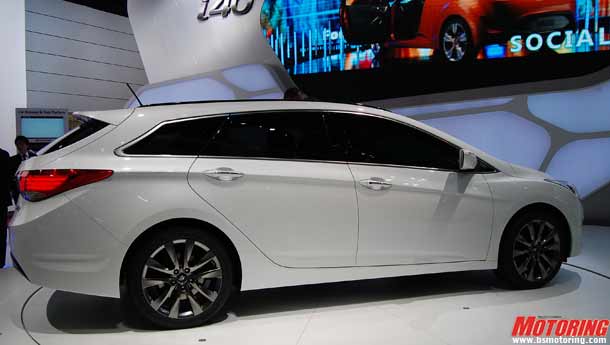 Korean carmaker Hyundai Motor today said it will introduce more models in all segments in India with an aim to change its image of a small car maker and to maintain a market share of 20% in the country.

With constraint of having a production capacity of about 6 lakh units, the company is focussing more on the Indian market and shifting some of its export sales to the country.

To strengthen its position in the upper mid-sized sedan segment, the company's subsidiary -- Hyundai Motor India (HMIL) -- today launched the new version of 'Verna', in both petrol and diesel options at an introductory price between Rs 6.99 lakh and Rs 10.75 lakh (ex-showroom Delhi).

In order to change its image from only a small car maker, the company will bring in new models in all segments such as small car, mid-size and even premium segment, he added.

"Indian market is a priority for us and we have supported this market through technology and new models... We will continue to bring in new technology," Yang said.

Hyundai, which has profitable operations in India, has so far invested $1.8 billion (over Rs 8,000 crore) in the country. It is currently putting in Rs 400 crore to set up a diesel engine plant here.

Talking about the new Verna, Yang said: "With the launch of the new Verna, I am confident that it will help in consolidating our position in the mid-size segment. Our brand image will enhance and we'll no longer be considered as a small car maker in India."

HMIL, whose market share fell to 18.10% in FY11 from 20.61% in the previous fiscal, is hoping to regain its lost share and maintain it in the future.

"We would like to maintain our market share at about 20% in India. Unfortunately, our production capacity is only about 6,00,000 units per annum," Yang said.

To handle the situation, the company is focussing more on the Indian market by shifting some of its exports volumes to the domestic market after it opened two new plants in Czech Republic and Russia to meet the demand in Europe, he added.

HMIL Director (Marketing and Sales) Arvind Saxena said the company can produce up to 6.6 lakh units annually from its two plants in Chennai and it "does not need any new capacity for the next 2-3 years".

The company is targeting to sell about 4 lakh units in the domestic market this year, while exports sales are expected to fall to about 2.25 lakh units, he added.

Speaking about the new Verna, Saxena said: "We are hoping to regain our market share this year with the help of the new Verna. We are expecting to sell 45,000 units of this car in a year's time."

Globally, the company has invested about Rs 950 crore for developing the new variant -- the Fluidic Verna, he added.

The Verna, which was first launched in India in 2006, will now come in 1.4 litre and 1.6 litre engine variants with both petrol and diesel options. It will be available in manual as well as automatic transmissions.