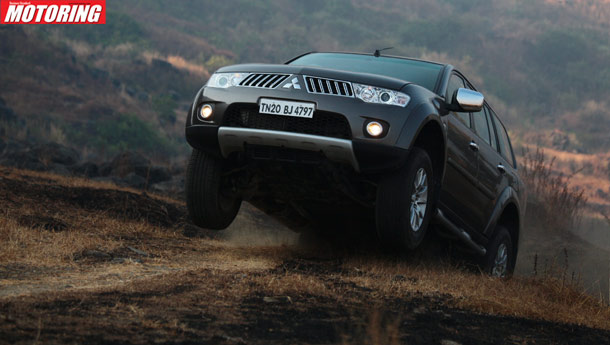 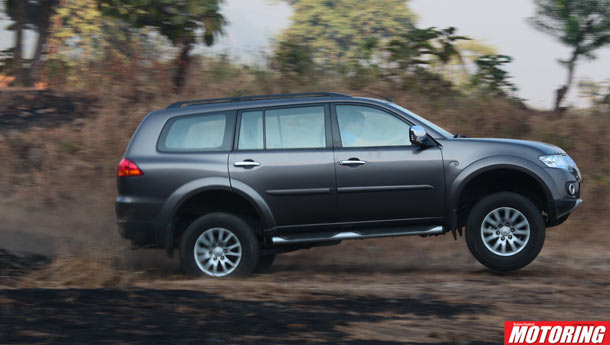 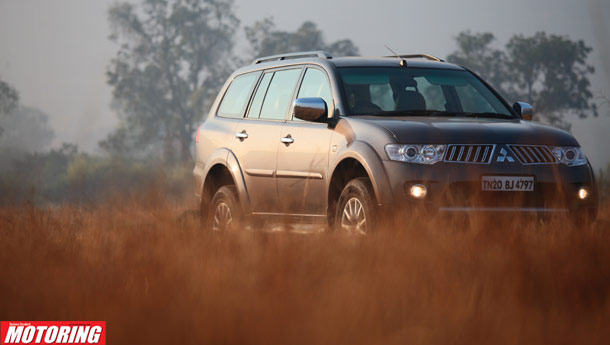 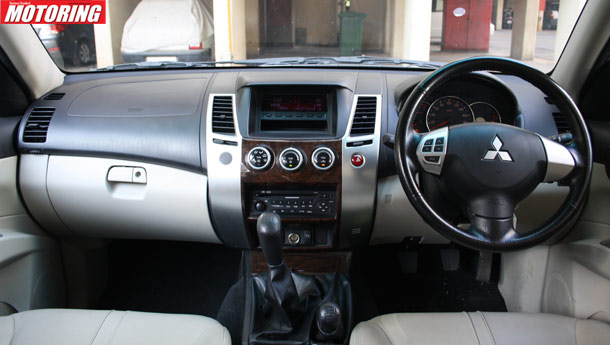 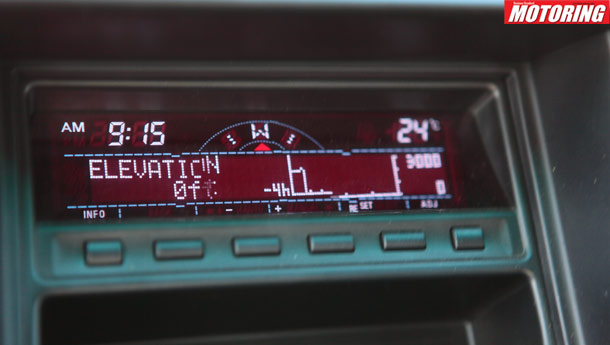 Dakar is the most gruelling and arduous motorsport event on the planet. Don’t believe us? Well, songs have been written about it, people have lost lives, gotten lost and what not. All because winning it means there are no more challenges left to conquer in the world of motorsport. And with a history that spans over three-and-a-half decades (with the next edition just weeks away), one manufacturer has left a very strong impression with a single product. An impression so strong that the product has sold simply on the basis of this connection. The product in discussion is the Mitsubishi Pajero.

Hard to believe it isn’t. The Pajero, even in common folklore, is known as a tough, rugged vehicle that can take lots of abuse and still go on, without breaking into a sweat or losing its breath. So the new Pajero, (badged the Pajero Sport) given its Dakar history and heritage, has quite a lot to prove to the world.

The pressure mounts from the moment you look at it. The grille is heavily inspired by all those Pajeros, flying over sand dunes as they carved their way to the victor’s step. Lots of chrome then, that also helps it look quite upmarket, and the projector headlamps. But what really gives it a purposeful stance is the high ground clearance, accentuated by the skid plate. What will catch your attention is the gap between the wheel arch and the tyre itself; you literally can see the struts and coil springs from a considerable distance. Other design highlights are the side-steps that do serve a great purpose, unlike on most other SUVs, while the horizontally placed tail-lamps are in line with the Outlander soft-roader. This is one smart-looking, if slightly top-heavy, SUV.

What stays the same is the body-on-ladder format. Based on what is a truck platform, the Sport has some rugged underpinnings. Despite weighing 90 kg less than its predecessor, the Pajero Sport tips the scales at over two tonnes and it does feel a bit ponderous behind the wheel. Using double-wishbones at the front and three-link setup with coil springs on all four corners, the Pajero Sport has a combination that should spell decent handling and ride. The 265-section, 17-inch tyres are in-line with the competition (read Toyota Fortuner), and those alloy wheels really add some spunk to the character of the car.

Step inside and the Sport is markedly different from what we’ve seen for over a decade. The Sport gets a smart-looking, two-tone dash with silver inserts for the centre console. Gone are those set of dials on top of the centre-console, replaced by a modern digital readout that still works as a compass, barometer, trip display and what have you. The steering feels high quality and chunky, while the controls for the air-con are well-finished too. Some bits, like the stereo panel, feel a bit antiquated, what with the competition offering touchscreen displays with reversing cameras and even Bluetooth. You don’t get the other trappings found on premium SUVs like auto headlamps, cruise control, stability control and the like. Just two airbags, ABS, leather seats, a decent sounding stereo and levers on the central tunnel. One, is the five-speed manual gearbox and the other is for the Super-Select four-wheel drive system, that also features a central differential lock. The seats in the front are quite supportive, the second row has good head room and leg room, though they are a bit narrow, while the third row is best for kids.

Powering the Sport is a new, 2.5-litre, 16-valve common-rail diesel engine, a quantum leap for the Pajero, considering the last one was a turbocharged diesel with just eight valves. The figures say it all. A boost of power, from 116 bhp to a whopping 176 bhp. Peak torque jumps from 29.6 kgm to a useful 40.4 kgm. The advantages become obvious once you find an empty stretch of road. It has an immediacy and a surge of power that the former Pajero simply lacked. While it’s a good two seconds quicker to 60 kmph now, it’s a staggering seven seconds quicker to 100 kmph. What it means is overtaking is now simply a mere dab of the throttle away and getting to three-digit speeds doesn’t take the collective strength of all your muscles. What helps the Sport is its slick-shifting gearbox and very strong mid-range; so strong that it even outpaces its competition like the Fortuner and the Endeavour. But some problems do exist. The clutch is on the heavier side and it’s quite a workout, especially in traffic. There’s also a slight hint of turbo lag at low speeds, so you have to calculate every move in town with quite some precision. Also, the vehicle seems to run out of steam at the top; progress starts to diminish past 140 kmph on account of its aerodynamics and gearing.

On the road, its manners are pretty good though. High speed stability is excellent, the car tracking true and barely affected by cross-winds. What is truly impressive is its ride. Across rough terrain, bad roads or smooth tarmac, the Sport simply stays flat. And that makes it a very good multi-purpose vehicle indeed. The steering is well weighted, though a bit lacking in feel, a place where the Fortuner scores a wee bit better. Though there is considerable body roll on account of its high ground clearance, it has immense grip on offer.

Off-road is where the Sport is king of the hill. The shorter first gear and good traction really make it wonderful on patches where the soil is loose. You can literally get the Sport to slide all-day long and you will be left craving for more. Plus the four-wheel drive gear with its locking centre differential gives it a greater depth of talent than most other SUVs, considering it’s available for both four-high and four-low modes. So if you have a farmhouse with a non-existent access road, or intend to go off the beaten path, then the Sport’s abilities will get you to your destination without as much as a squeak. While we couldn’t get the opportunity to drive across varied terrain, in the dry, on dusty patches of land, with lots of bumps and rocks, the Sport simply made its point clear.

What is also clear is that Mitsubishi is trying hard to get back on track in India, and the Pajero Sport is a good start. At Rs 22.56 lakh, ex-showroom Delhi, it is comparable to its competition on the price front, what with it now being assembled in India. It may not enjoy the reach or brand equity of some of its rivals, but viewed purely for its fundamentals, the Sport is a tough, no-nonsense cookie. A kind of vehicle to experience the world in.