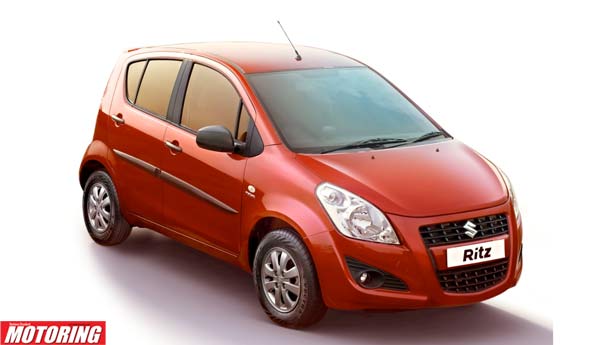 The new facelifted Maruti Suzuki Ritz has now gone on sale with an automatic variant now. The updates are based on the 2013 Splash, which is what this car is called abroad.

The 2013 Ritz line sports a new front-fascia with a new front grille, fog lamps, new bumpers and headlights. Being Japanese, they thought that the front would look nice as a smiling manga character and they were keen to indicate just that in their brochure. Still, it's a nice looking car, especially with the new integrated rear spoiler.

Engines options remain the same with the 1.2-litre K-series petrol and the 1.3-litre MultiJet diesel which is in active duty in so many cars, it might as well be the National Motor of India. What's interesting is that there is an automatic variant on offer here and it's good to see automatic options popping up in this segment. Other automatic alternatives? Well, there's the recently launched Brio Automatic and then, there's always the i10 Auto, which has been around for a significant time.

What's interesting is that the Automatic variant comes only with the petrol motor and the claimed ARAI fuel efficiency figure for the AT variant is 17.16 kpl. Not bad at all.

The interiors have received an update as well and this time around, it's much more colourful on the inside. The front dash has been given a bright red treatment, which when coupled with the aftermarket-type rev counter and seats should make you feel like you're sititng in a hot hatch...okay, warm hatch. Meanwhile, the interiors also receive a dual-tone red-black treatment and they claim increased comfort at the back as well, though no specifics have been mentioned.

On the whole, we still think that this 2013 model, nice as it is, could've been taken up a notch.

The prices for the whole range are as follows:

All prices are ex-showroom, Mumbai