New Maruti Dzire Vs the Old Dzire: It's lighter and more efficient 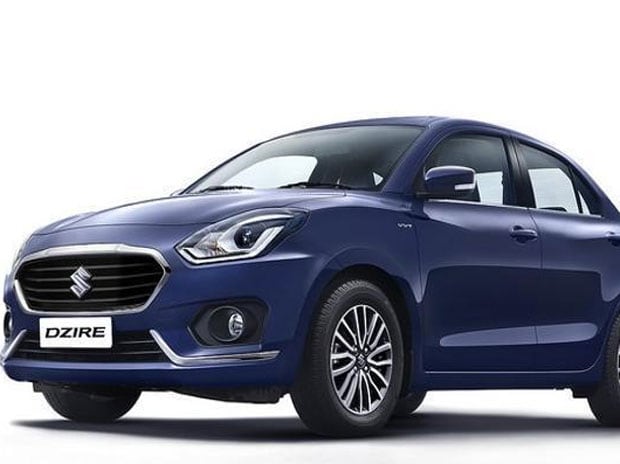 Losing weight is always a delight. And car makers are increasingly looking to create this delight by making vehicles lighter and offer a higher mileage to buyers. The weight reduction, being necessitated by the increasing use of new features and components, in some cases is to the tune of ten per cent and brings additional mileage.

Take the case of the new Dzire, launched by Maruti Suzuki today. It is ten per cent lighter than the outgoing Dzire. The weight reduction of 105kgs is a result of new platform and use of high tensile steel, among other things. The diesel Dzire now weighs 950 kgs against the previous model’s 1,055 kgs while the petrol variant now weighs 855 kgs, down nine per cent.


“With the progress in vehicle technology and features, the number of equipment are going up. However, the requirement of fuel efficiency from customers is not reducing. It is rather increasing. There is a limited improvement possible in the engine and its fuel efficiency,” said C V Raman, executive director (engineering) at Maruti Suzuki, the country’s biggest car maker.


But these do not suffice as new features like air bags and anti-lock braking system are getting added to every new car. “But we want the weight to come down. So, you develop a new platform, you use a lot of high tensile steel. You reduce the weight and improve rigidity through a combination of lighter engine and platform,” said Raman.


Maruti Suzuki’s new Swift (likely launch in early 2018) is more than 12 per cent lighter to the existing model. Luxury car makers are also following this trend. The new Audi A4 launched in February weighs 120 kgs lower to the earlier model and offers seven per cent higher fuel efficiency. The new Audi Q7 (launched in December 2015) is lighter by up to 300 kgs, making it more dynamic and agile in character and it brings a 22 per cent better fuel efficiency.


In case of Maruti’s popular bestseller Baleno there was a marked improvement in weight since it was made on the fifth generation platform. “When we moved from second generation Swift to the Baleno there was a marked improvement even though engine was same. This happened due to a new platform. If we had made Baleno on the previous platform it’s would have been higher by 100 kgs,” said Raman.


Maruti wants even lighter weight for future cars. Raman calls it a process. “Every engineer is given a weight target for part, sub systems and systems when a vehicle is conceptualised. He has to design at particular cost and also weight. This is critical to achieve lighter weight and fuel efficiency”. It is also critical to make suppliers work on new technology as over 70 per cent parts usually comes from the suppliers. Raman said the targets for vehicles being conceived now are even aggressive. 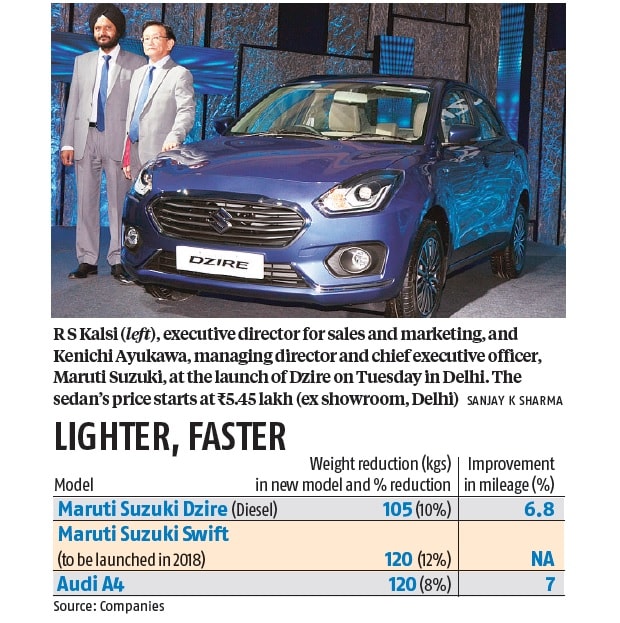