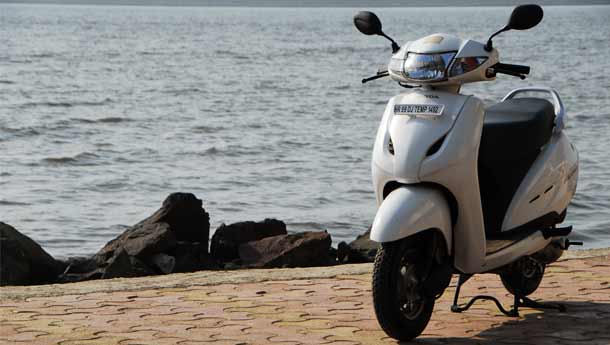 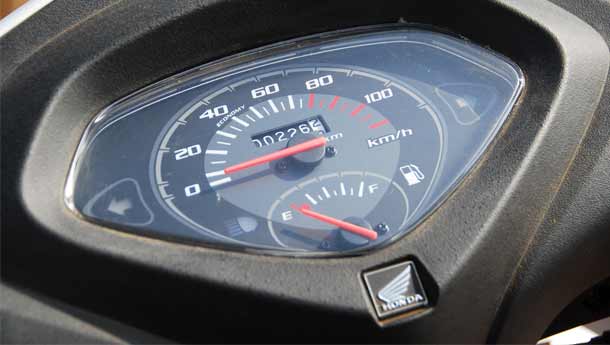 Perfection is a myth, really. There’s always scope of evolving into something better. Good old Darwin filled us in onto the Theory of Evolution and the fact that survival is the right of the fittest. Honda Motorcycles and Scooter India arrived in 2001 with their gearless wonder, the Activa. And almost as soon as it made its debut, magazines and owners alike were singing praises of the scooter. Word of mouth, which happens to be one of the most effective mediums of advertising, made sure that plenty of prospective scooter buyers walked into Honda dealerships, only to ride out on their own scooter with the Wings!

Now, nearly a decade later, the Activa still continues to be one of Honda’s largest selling two-wheelers in the country. Yes, it still is the same reliable and competent scooter, with build quality that would make it last a lifetime. But then, that in itself is kind of a problem. Let’s face it, the Activa looked old and it needed a fresh lease of life.‘Joy on and on’. Sounds like the catchline for an ad campaign for a popsicle that keeps growing the more you lick it. Er, actually, it’s what Honda’s using to sell the new Activa. This is something more substantial than a garish sticker job and a fluorescent coloured speedo. Yes, the new Activa is indeed all-new. And I shall start with the exterior and work myself within.

The old Activa was no ugly duckling and didn’t resemble a moth eaten rug. But, the Honda was too conventional and safely styled. It wasn’t bold and nor was it exciting to look at. If there is anyone who tells you that he had sleepless nights after catching a glimpse of the first few Activas on the streets, point him to a shrink because he needs some help. Unfortunately, the latest Honda is no show-stopper either. It certainly is more evolved as a design in appearance, but the side panels look a tad too ‘90s. The folk who penned the lines seem to have given all their attention to the front end of the scooter and by the time they reached the rear, it was time to hit the pub, er, the karaoke club. The leg shield has a pair of nostril-like things in the front and doesn’t resemble the old Activa in the slightest. Yay! But walk around and you’ll notice that apart from the clear lens indicators and a few creases here and there, it’s the old Activa alright. Sigh.

Fit and finish is predictably Honda, and I meant that as a compliment. I have seen plenty of five to seven year old Activas running around and not once have I seen one with panel gaps large enough to fit a horse through. The panels are metal and that should improve the longevity of the scooter considerably. Ding it and there’s much more you can do with metal than plastic. The new Activa is certainly going to last a long time and at the end of it, will not disappoint with rattles and squeaks.   What seems to be squeaky and puny, however, is the engine. Although Honda has reworked the stroke of the older engine to increase the displacement to 110cc, it’s hardly a bomb to ride. The low range has been beefed up a little but as the rpm’s rise, the grunt seems to wane away. With a 0-60 kph burst in ten seconds and a top whack of 92 kph, the Activa won’t tickle that speed demon in you. Honda claims that they have worked on the intake and have decreased the frictional losses to bring up the fuel consumption by 15 per cent over the older Activa. However, we have been gunning the throttle of the Honda even in stop-and-go conditions and predictably, the mileage was a paltry 36 kpl.

Although the engine seems small hearted, the seat is a whole different deal altogether. The new seat is more comfortable, with an easier riding posture. Unlike its predecessor, the new Honda’s seating is kinder to your back and the 160 km that I have ridden it resulted in no aches at all. The under seat storage has been worked upon too and now, there’s plenty of space for a single full faced helmet (sorry, the pillion will have to lug hers around) and a few knick-knacks. The ride quality has improved and I suspect that it has a lot to do with the new seat. Unfortunately, Honda has retained the old trailing-link suspension which has not given way to superior telescopic forks like I hoped they would. Riding over bumps at a decent pace will faze you if you are not prepared, which is really quite disappointing.

If you were hoping that the new Activa gets an optional disc brake, well, sorry again. Instead, on the Deluxe version, the Activa gets a ‘Combi-brake’ stopper at the front. If you look closely at the front brake arm of the scooter with this system, you will notice the two cables that latch onto it. As with any other two-wheeler, using only the rear brake on a scooter will result in the poorest braking distance. Jabbing on the front brake alone improves things but then, there’s a risk of washing out the front end resulting in a big splat on the asphalt. The best braking distances can be achieved by using the front and rear brakes simultaneously. So, if you are accustomed to jamming onto the rear brake alone (we suggest you stop doing that and have a rethink on your braking technique before you break something), the lever is attached to both the front and rear brakes, providing better stopping power. Quite frankly, we haven’t had an opportunity to test the Combi-brake as our test Activa wasn’t fitted with one. To me however, a disc brake up front would be far better. Instrumentation is a tad livelier than the older Activa. The speedo is large and the fuel gauge is prominent enough to be read easily. The new shutter ignition keyhole is designed to keep the thieves from making off with your ride. Besides that, the shutter might also keep water and grime from getting inside the lock. Why Honda would omit a headlight dipper switch on the Activa evades me, though.

Summing it up, the Activa certainly deserves the ‘new’ prefix with nearly everything and the Honda is definitely a step in the right direction. Although it could do with a wilder engine and some zanier aesthetics, the Activa is a great buy for those who want a no-hassle scoot for a price of Rs 43,000, ex-showroom, Mumbai. But if you want a more fun scooter with more bang, the Suzuki Access still seems like the best buy. But then, the Access isn’t really a looker.