The anticipated 2015 next-generation Figo hatchback and its compact sedan from Ford India is spotted testing with bare minimum camouflage in Udaipur. The launch of both the cars is expected in a couple of months and will be produced in Ford’s new manufacturing facility in Sanand Gujarat, which will be fully operational by April, 2015. Furthermore, Maruti Suzuki Swift was also spotted with these cars, probably they are using it for the benchmark. Both the cars are already on sale in Brazil and known as KA and KA+ there. In India, hatch will be known as Figo while its not clear yet whether Ford India will call the compact sedan - Figo+ or not. 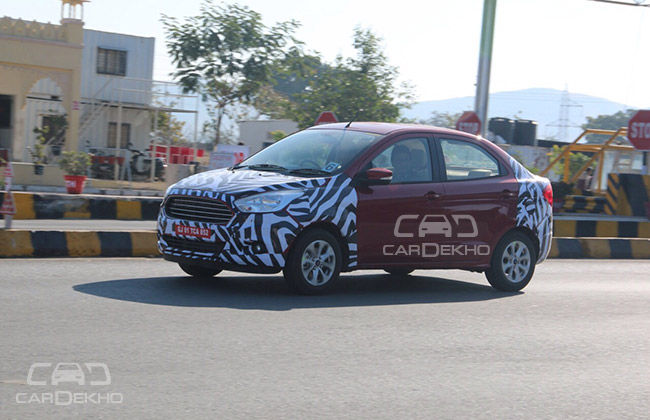 What to expect!   The 2015 Figo-duo gets 'Blue-Oval' company's second iteration of the Kinetic design philosophy – Kinetic 2.0. The swept back headlamp and Aston-Martin-esque grille are the highlights at the front. Side profile is similar to that of Fiesta-EcoSport. It rides on 15-inch alloys. On the Inside, the dashboard design is borrowed from the Fiesta, while the central console is almost identical. The vehicle features Ford's SYNC voice commanded system while the AppLink (smartphone App integration) and Emergency Assistance will also be offered. All these features are segment-first! 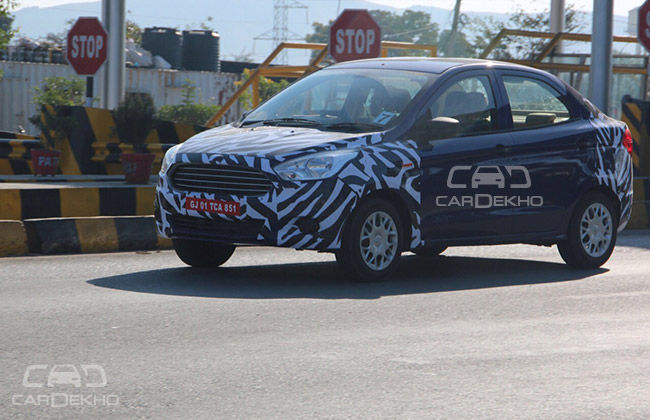 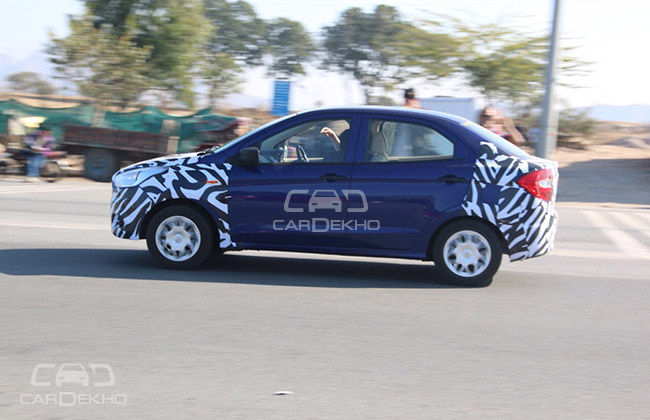 Diesel: The duo are most likely to borrow Fiesta’s 1.5-liter oil burner but will generate 75 bhp of max power and 190 Nm peak torque. 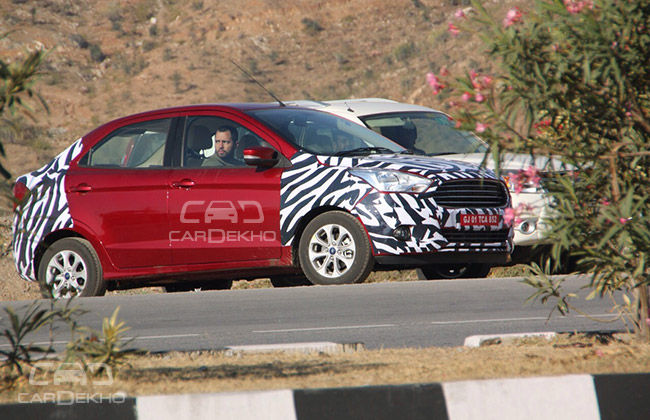 Moreover, since the petrol motor is small and the similar diesel engine in Fiesta gets certified 25.1 kmpl fuel efficiency, expect heavy numbers when it comes to fuel economy of the Figo duos. 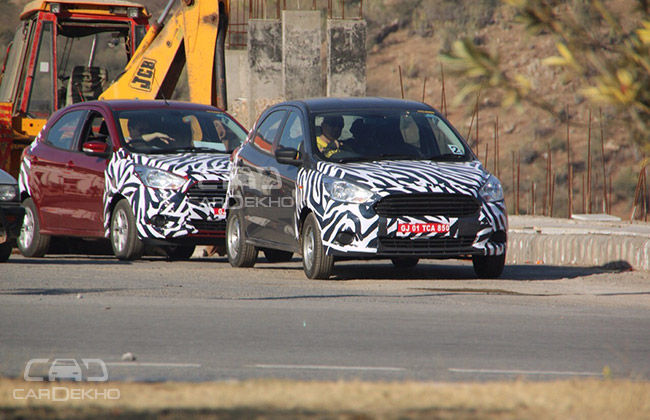