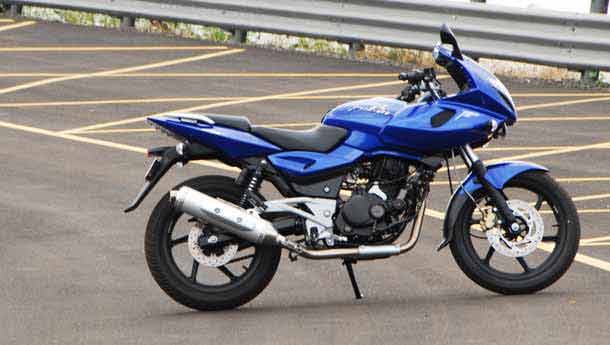 Pulsar 220, the fastest bike in India, faces a challenge from new models on speed & style. Just two months after it created a stir by launching the country’s fastest motorcycle, Bajaj Auto has to start looking in the rear-view mirror for potential challengers.

Bajaj’s Pulsar 220 DTSi can achieve a speed of 144 km an hour, almost 20 km more than its predecessor, and can accelerate from 0 to 60 km in four seconds.Now, it seems, Yamaha and Hero Honda aren’t far behind.

Next month, Yamaha Motor will launch an upgraded model of Fazer that, sources familiar with the developments said, would be able to do 150 km an hour. The company’s R15, currently on sale, can attain a top speed of 140 km/hour without the performance-boosting kit, and sources said the new Fazer would easily cross that.

Though Yamaha wouldn’t comment on the exact speed of the new Fazer, the intention is clear. Sanjay Tripathi, department head (product planning & strategy) of Yamaha Motor India, said, "We will have the fastest bike in India and the riding experience is something Indian consumers have never experienced before.”

Yamaha’s new bike will have a 220cc or 250cc engine and can be positioned as a sports bike or a touring bike, thanks to its hybrid design, similar to the current Fazer that was launched in July.

Hero Honda, too, has put the launch of a new Karizma on the fast track. To be launched in September or October, the new bike will be called Karizma ZMR and is expected to achieve a top speed of 138 km/hour against 125 that the present Karizma can hit. Though Karizma ZMR’s top speed is less than the Pulsar, Hero Honda is trying to make up for it through better styling. Sources, however, added that Hero Honda may also surprise buyers on speed at the last moment.

Hero Honda is keeping its cards close to its chest, but sources said that the 223cc Karizma will have PGM-Fi technology, which powers the recently-launched Honda CBF Stunner PGM-Fi.

This will help the bike belt out higher power even while increasing its overall efficiency levels. The new Karizma ZMR will deliver 19.5 bhp against 17 bhp generated by the current model. Engine capacity, however, will be the same.

Though competitors are breathing down its neck on speed, Bajaj Auto sees two things working to it advantage. The first is the first-mover advantage. The second — and this is something experts said could be a winner — is pricing. The Rs 70,000 price tag for a fast bike like Pulsar 220 is something competitors may find difficult to beat. Example: At least three Yamaha models with lower speed and power than the Pulsar 220 already cost more. And Hero Honda’s existing Karizma costs Rs 85,000, while the Yamaha’s R15 costs Rs 97,000.

Analysts said Bajaj could bank on the fact that speed thrills, but speed at a cheaper price thrills even more. The demand for sports bikes (Rs 65,000-plus) in India is around 15,000 units a month, but it’s a market that’s picking up speed fast.