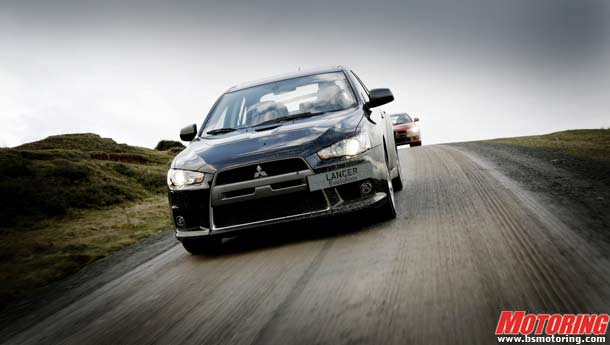 Japanese automaker Mitsubishi will launch its Evolution series of cars and a new variant of its sports utility vehicle Pajero in the domestic market as it looks to double sales this fiscal.

The company, which has a technical collaboration with Hindustan Motors, is also aiming to sell nearly 10,000 units by 2011-12. In the past fiscal it sold 2,200 units.

"We have just launched the new Outlander and our next plan is to launch a new Pajero, which will hit the market by the end of this fiscal," Hindustan Motors executive vice-president and business head Vijay Kumar said.

The company, which has been in India since 1998, is looking to strengthen its presence in the passenger vehicle market and will continue to add more products in its portfolio, he said, adding, "we will also introduce our Evolution series of cars this fiscal."

Mitsubishi had planned to introduce one or two models from the Evolution series in last year, but put off the decision due to the global downturn.

Last week it launched a variant of its sports utility vehicle Outlander with a 2.4-litre petrol engine, which is Bharat Stage IV emission norms-compliant.

The company has set a monthly sales target of 80 units for the new machine against the current volume of only 35-40 units a month. "Our target is to reach 300 units a month," Kumar said. The new launch comes for Rs 19.95 lakh (ex-showroom), while the older version was costlier by over Rs 70,000.

Kumar said the new Outlander and the proposed two new launches will help in doubling its sales this fiscal. "In the next fiscal (FY12), our target is to again double, which means to sell nearly 10,000 units," he added.

Besides Outlander, HM-Mitsubishi currently sells sedans Lancer and Cedia and the SUVs Pajero and Montero, in the country. The partners jointly have 40 dealerships across the country.