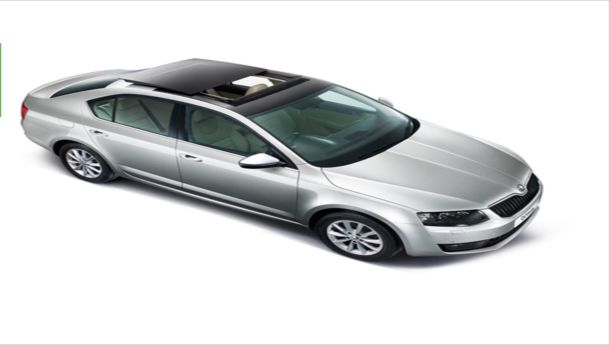 It has been 11 years since Skoda Octavia made its debut in India. In 2002 only a handful of people had heard of the car company from the Czech Republic. Many believed the Octavia, priced then a shade over Rs 10 lakh, was doomed before it could make a mark as the brand was virtually unknown and the company's service network was nonexistent. But the notchback was not only a success, it also earned the respect of owners and snobs alike. In 2010, the Octavia assembly line ceased operations. Three years later, we have the fresh 2013 Octavia. Skoda has declared the Octavia is going to be the standard in terms of safety, space and comfort, a direct challenge to its closest rival, the Elantra from Hyundai.

Often, cars look big from the outside but turn out to be cramped inside. This is not the case with the Octavia. This sedan has the highest interior length and most rear head room when compared with any other car in the segment. The width ensures three adults can sit at ease, even on long drives. So, as imposing as the Elantra feels, the Hyundai car is actually much shorter. Clever designing has made the Octavia's interiors airy and roomy. It also has a lot of space for legs in the rear.

Octavia's notchback design has always given it an edge when it comes to boot space, and the new-generation sedan carries on the tradition. The 590 litres of trunk space is equivalent to that of the Mercedes-Benz CLS. And if you fold up the rear seats, you can even employ the Octavia to shift furniture with 1,580 litres at your disposable.

The Octavia's dual-tone, beige-black interiors with wooden trims add a sense of solidity to the build. What the cabin lacks is the wow factor. It has a boring, Volkswageny appearance. However, it has an endearing five-spoke steering wheel that gives you the correct feedback. The star of the cabin is the 5.8-inch touch screen, which is as responsive as a smart phone. The multi-media display has a sensor that ensures its buttons light up only when your finger nears the screen.

In comparison, the Elantra does not have the quality of the Octavia, but it feels much more youthful and dynamic. Its centre console looks like it belongs to a Star Trek space ship, far removed from Skoda's philosophy of keeping things simple. Both have comfortable seats, but the Octavia's are slightly bigger.

With four variants, Octavia buyers will find most of their requirements met. The most affordable option is the 1.4-litre petrol engine, which is mated with a 6-speed manual gearbox. This is more than just a workhorse because it actually pumps out a healthy 140PS of power. The gears are precise, though there is an initial lag. Once the rpm needle crosses the 1500 mark, there is no looking back. However, on inclines and twisted roads, one needs to change gears on a regular basis. The other petrol variant is the 1.8-litre TSI engine, an invitation to speed away at an insane pace. The beauty about this is its 7-speed transmission, which allows easy driving at slow or regular speed.

The 2-litre diesel is the bread-and-butter variant, and Skoda is hoping this will help the Octavia break into the Top 10 list. The manual 6-speed gearbox keeps the diesel model kicking. It accelerates smoothly at your wish. With 143 PS under the hood, this sedan is far from being a penny saver, but be warned, the diesel avatar will not allow you a lot of freedom because it is specifically tuned to return a high mileage.

In one word, the Octavia, priced between Rs 13.95 lakh and Rs 17.75 lakh, is a very down-to-earth car that flirts with luxury. The muscular looks and the solid built and interiors are fabulous, but they somehow lack the element of class. Its competitor, the Elantra, might not have the space and feel like a light weight, but it wows everyone. Performance wise, the Elantra's 1.8-litre petrol and 1.6-litre diesel engines provide great thrust initially, but tire on reaching the 150 kmph mark. We would say, go for the sensible Octavia, even though Hyundai has a much better service network.