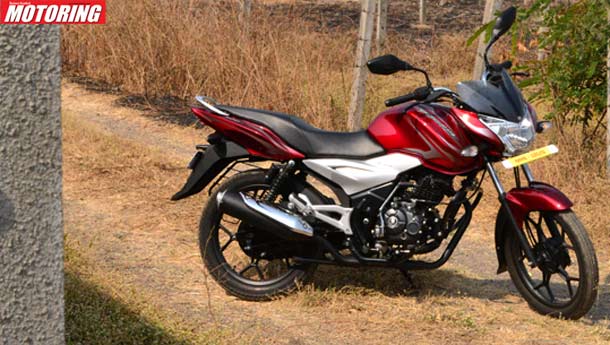 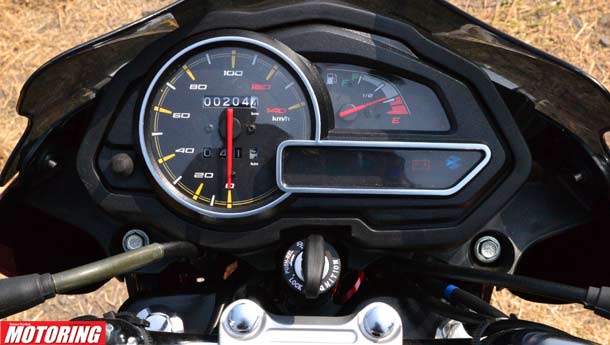 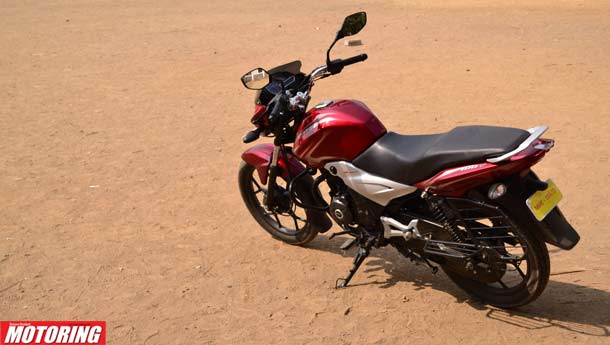 
WHY IS IT CALLED THAT?

The ‘T’ in the name stands for ‘tourer’. Sounds funny? Well, they call their Discover 125 a ‘sports tourer’, remember? That said, this new Disco produces 10.06 bhp@9000 rpm, which is roughly 2 bhp more than any other 100cc motorcycle sold in the country right now, so it’s only justified for Bajaj to highlight this aspect.

WHAT’S NEW AND SPECIAL ABOUT IT?

It’s India’s first 100cc (102cc, actually) motorcycle to sport a 4-valve, DTS-I motor and only the second in this class that can boast of a 5-speed gearbox, the other bike being the ‘regular’ Discover 100 DTS-i. That’s a bit like saying I’m the first man on Earth to sport long legs and large ears while still being called Ruman Devmane, but feature for feature, the Disco 100T looks far superior. On paper, at least.

SO, WHY HAVE WE CARRIED PICTURES OF THE 125ST INSTEAD?

Well, we haven’t. The 100T sources its bodywork from the recently launched 125ST and, surely, it looks like the most impressive 100cc bike ever, if the Honda CB Twister is too sharp on your eyes and if you don’t know about a motorcycle called the Yamaha RX100. Glossy paint, snazzy alloys and cycle parts that look like they belong to a 125 (because they actually do) – the Disco 100T is as attractive a commuter as you can buy as of the moment.

WHAT DO YOU GET FOR YOUR MONEY?

In terms of features, the 100T is a decent proposition considering you get alloys and an electric-start unit as standard. The looks are a big advantage, because even Bajaj’s own R&D and Marketing guys can’t tell the difference between the 125ST and the 100T until they spot the ‘100T’ decal on the tail-section. Years of making identical-looking Pulsars would have trained their eyes, you would think, right? Heh, heh. The meter console looks contemporary, despite not offering anything new. You get a large speedo, a large fuel-gauge and your standard set of tell-tale lights, that’s all.

WHAT DO WE WISH IT HAD?

A front disc brake, to begin with. Considering that the Disco 125ST costs exactly five grand more than the 100T, the pricing of this bike would have been uncomfortably close to its elder sibling had Bajaj decided to bolt a disc on. So, for purely economic reasons, you’ll have to forget about the disc. What’s most disappointing, though, is the primitive set of tyres on the bike – a ribbed front end is an absolutely wrong choice of rubber for a motorcycle that’s substantially peppier than other bikes in its segment.

Bajaj could have played a joke on you and had a hearty chuckle later if they’d sold the 100T with a ‘125’ decal. I’ll be honest – if you’ve been riding 100cc motorcycles long enough, you will definitely find it hard to believe that the 100T is not actually a 125. The 102cc motor is peaky, but once you get the revs up, you’ll be rewarded with very impressive acceleration. In traffic, the bike moves forth with surprising agility and supplementing this is the enthusiastic handling. The tyres do let you down under hard braking, but if you master this bike (or hope Bajaj offers way better rubber), it’s going to take no less than some fast 150s to pass you. The suspension, too, is well balanced. It’s neither too soft nor too stiff, and I can tell you by the means of personal experience that this bike is fun to yump over speedbreakers.

WHO SHOULD BUY IT?

If you want the fuel-efficiency of a 100cc motorcycle with the performance to make the odd-highway stint a relative breeze, this is the bike for you. Helps that it looks and feels bigger, of course. As far as 100cc bikes are concerned, the Discover 100T is surely the most contemporary overall package you can get your hands on in the country today.

Depends on how you look at it. The price tag reads Rs 50,500 (ex-showroom Delhi), roughly 2k above the Hero MotoCorp Splendor Pro/Passion Pro and the Honda Dream Yuga, and about 5k more than the older-generation Discover 100, but neither of these bikes is as powerful, and none look and feel this contemporary either. Buy it if aesthetics and power matter to you, while not compromising on fuel-efficiency, that is.