Audi has had a great last year in India and the car enthusiasts are expecting the same excitement in 2016. For that, the German automaker continues to enthrall the audience with the revelation of the new Audi R8. We first came across the vehicle at the 2015 Geneva Motor Show, where we noticed plenty of changes compared to its predecessors. Some of the new elements that the new Audi R8 encompasses include a digital 12.3 inch Audi Virtual cockpit system that takes place of the previous vanilla looking multimedia interface system. Through the new interface, drivers would be able to customize the options on screen based on his or her wishes. There is not much change as far as overall designing of the car is concerned while dimensions remain the same as well. 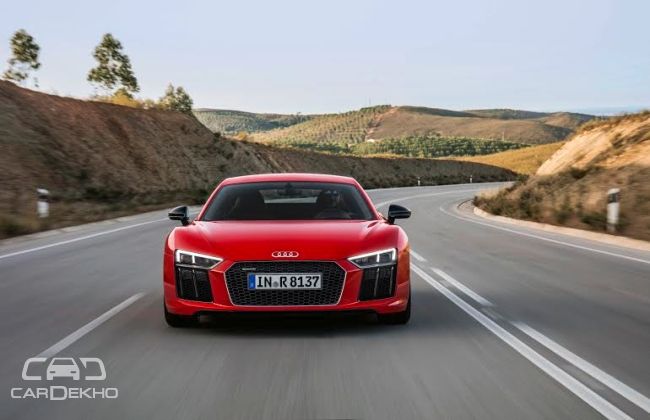 Competing against names like Mercedes-AMG GT, McLaren 570S and Porsche 911, Audi R8 looks quite strong sharing almost fifty percent of its parts with R8 LMS. The vehicle packs some serious fire power using the 5.2 litre V10 motor with two output specifications. The more powerful of the two will be the 610bhp model, while the other one is capable of generating 540hp. Audi R8 has a top speed of 330kmph whereas it can go from a standstill to 100kmph in just 3.2 seconds, which is simply marvelous. Using a 7 speed S-Tronic gearbox, the engine sends power to all the four wheels via Quattro AWD system.