The American auto major, Ford has finally unveiled the much-awaited facelifted version of the Fiesta sedan at the ongoing 2014 Indian Auto Expo. Based on the European Fiesta, the India-bound version too received an entirely new design. 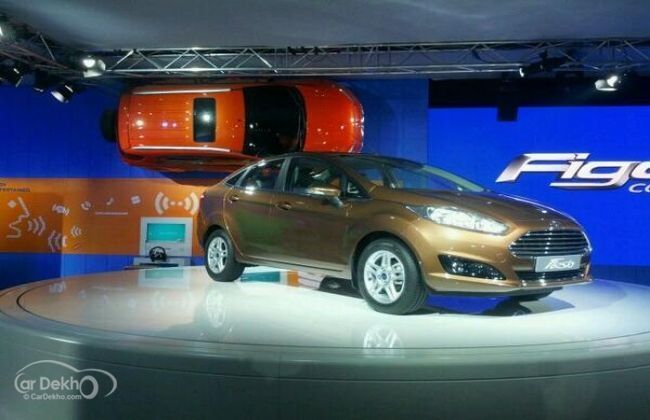 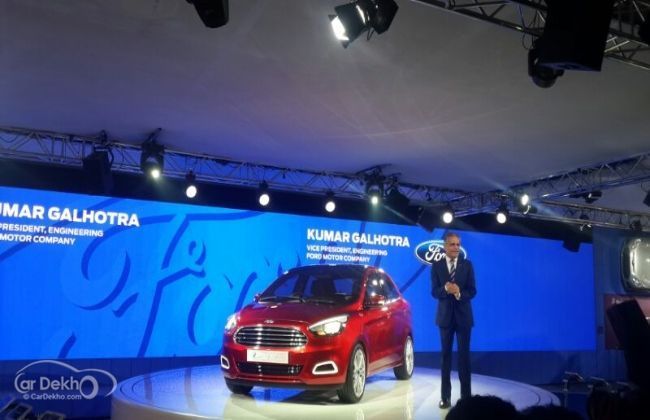 The most striking styling update is given to its front fascia, as the sedan gets the company's new family look. It feature an aggressive Aston Martin-like front grille with chrome slats, newly formulated front bumper and fog lamps, restyled headlamps and a new bonnet design. The rear profile of the sedan has also been revised and it now sport new tail lights, which are larger in size than before.

The carmaker retains the current engine line-up- a 1.5-litre petrol and a 1.5-litre diesel. While the 1.5-litre gasoline model churns out a maximum power output of 107bhp and 140Nm of top torque, the oil burner produces 89bhp and 204Nm of top power and torque, respectively. The petrol mill is mated to either a five-speed manual transmission or/and a six-speed automatic, while the diesel version is being offered with a five-speed manual gearbox. (The company has also introduced its immensely popular 1.0-litre EcoBoost engine that does duty in the EcoSport compact SUV. Power is transmitted to front wheels via a five-speed manual transmission.) 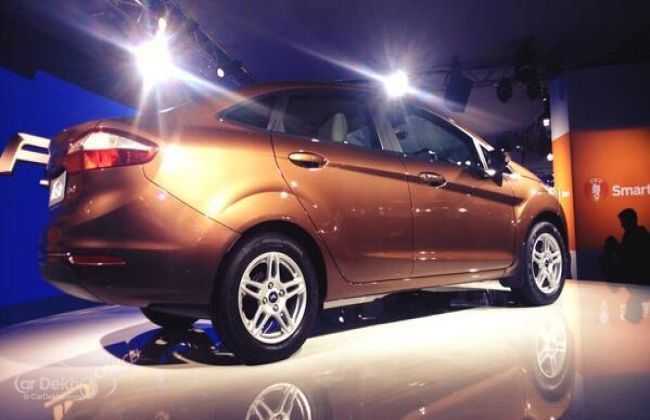 The all-new aggressive look and attractive pricing will help Ford to put Fiesta will against rivals like the Honda City, Nissan Sunny, Volkswagen Vento, Hyundai Verna and others in the segment.