In recent times, we have seen carmakers launching several new products despite being a slowdown in the market. The mid-sized sedan segment is one of the most crowded segments in India, which has been ruled by Hyundai Verna. However, the scenario has changed and the recently launched new Honda City is giving strong competition to other cars in its league. In order to compete well against the likes of City, Verna, Sunny, Linea and others, Ford India unveiled the Fiesta facelift at the recently concluded Auto Expo. Amidst the introduction of new Fiesta, other carmakers like Fiat and Nissan are also ready to launch their cars in hugely populated C-segment. However, with the changes given to the Fiesta sedan to make it upmarket and refreshed, the company strongly believes in improving its sales in the market. Let's have a brief description of what new Fiesta will have for its buyers and how it is different from the current generation sedan. 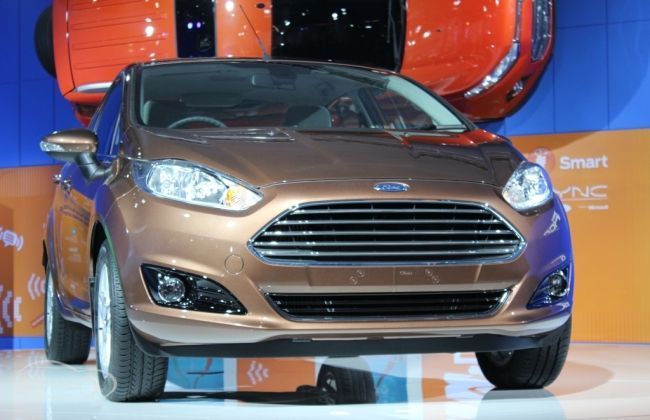 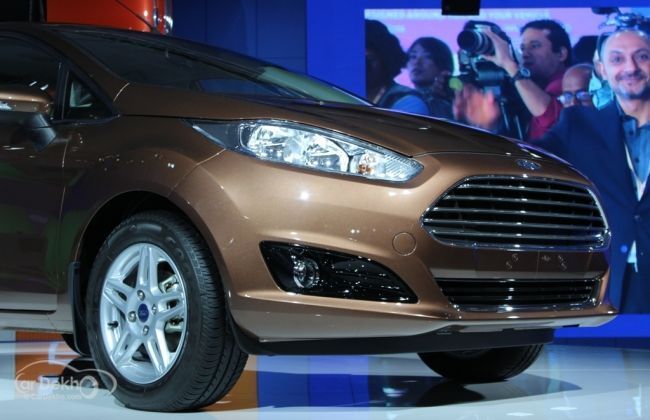 The exterior styling is basically the major difference between the new Fiesta and old Fiesta. With time, Ford Fiesta has evolved and this time around, it goes for some smart, subtle changes which make it sporty and upmarket. The most striking styling update is given to its front, as the sedan gets the company's new family look. The new model now gets an aggressive Aston Martin-like front grille with chrome slats. Its bumper has been revamped, which sports fog lamps and newly formulated headlamps. The hood features prominent creases which visually flows through the A-pillars of the car. 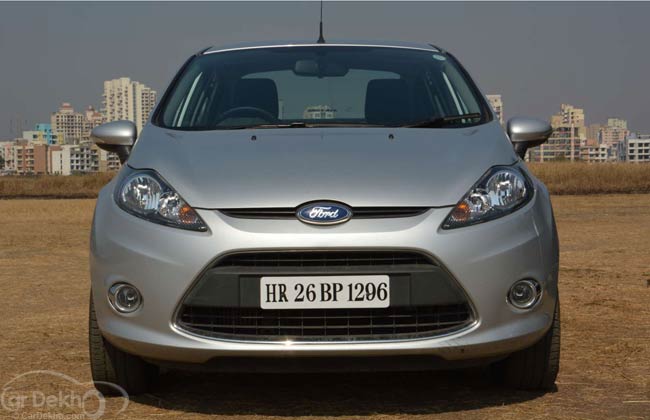 The rear profile of the sedan has also gone through some subtle changes. It now feature new tail lights, which are larger in size than before. The new Ford Fiesta also has a new deck lid and bumper fascia, with a chrome accent. However, the side profile of the sedan looks identical to its predecessor. 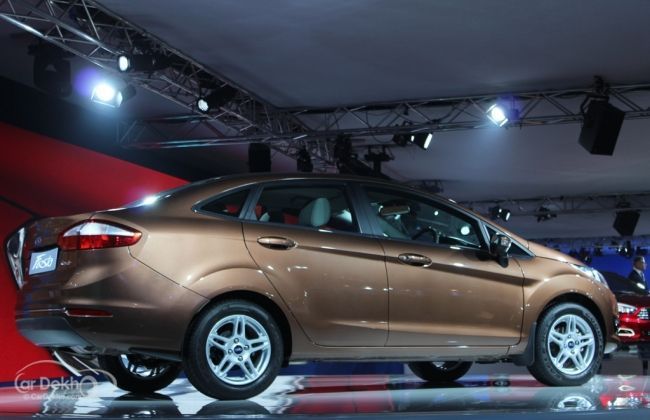 Like the new Fiesta, the company had given a special attention to the exterior styling of the previous model. The front fascia of the sedan was commanded by the large, foxy eyes shaped headlamps which are swept back to offer a more compact shape. Its black colored single slat grille features the 'Ford' badge. The big lower grille features horizontal slat and also provided a space for the liscencing plate. The bumper sports the fog lamps, which stretches to the wheel fenders on the sides. 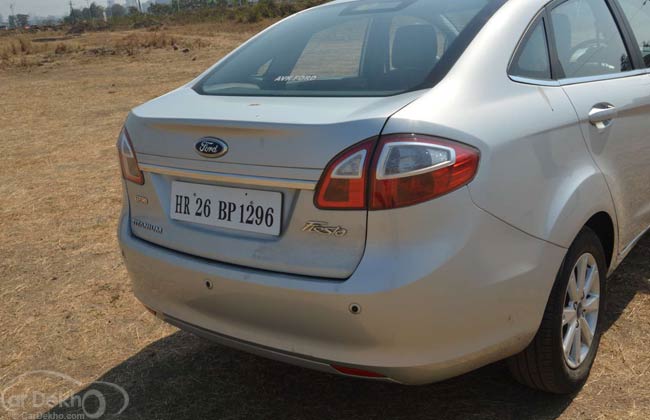 Inside the cabin, the new Fiesta gets updates dashboard and leather steering wheel with audio controls mounted on it. Its upper instrument panel features a high-gloss finish which flows to the lower centre console and is replicated in door panels. The vehicle also has a dual-tone instrument panel which further enhances the visual appeal. Its illuminate dials, switches and displays sports satin-chrome embellishments and Ford's signature Ice Blue lighting. The vehicle also gets new seat fabrics.

There are not much changes in the interiors of the new Fiesta when compared to its predecessor. The inclusion of Ford SYNC with AppLink is the major difference between the two. Moreover, the previous generation model misses out on premiumness, as the vehicle lacks when it comes to chrome enhancements and fabric quality of seats.

Mechanically, the Ford Fiesta remains unchanged- a 1.5-litre petrol and a 1.5-litre diesel. While the 1.5-litre gasoline mill churns out a maximum power output of 107bhp and 140Nm of top torque, the oil burner produces 89bhp and 204Nm of top power and torque, respectively. Both the engines will be mated to a five-speed manual transmission, however the petrol version will also get a six-speed automatic gearbox.