NaviMaps- Navigation app for IOS and Android users from MapMyIndia

MapMyIndia the leading navigation device manufacturer recently launched NaviMaps – interactive 3D navigation apps for Android and Iphone users. The NaviMpas offers maps of India, Sri Lanka, Nepal and Bangladesh. The app is equipped with house level addresses and voice guidance in regional Indian languages. One of the key features of the app is that it doesn’t need internet connection, so you do not need to pay additional data charges. As the maps remain active even on offline mode it will be a boon while traveling through remote areas, highways or small towns. 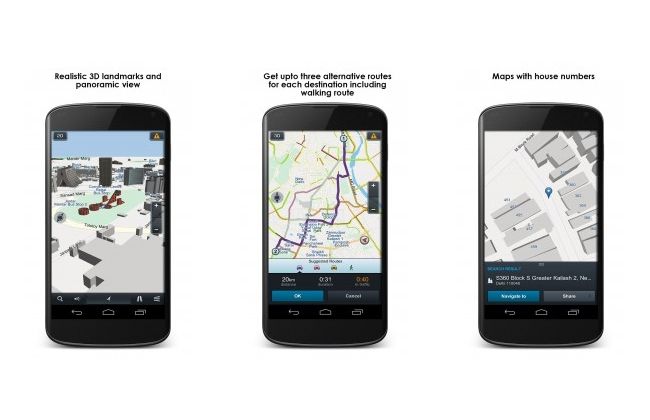 The users can save frequently used routes on the app and it can also re-route you in a case of traffic jam. Users can also share their real time journey progress on Facebook  (does not spam the timeline, updates a single post at regular intervals). The app’s regional language voice guidance feature further adds to the personalization capability. Both IOS and android apps come with features like house-level navigation, regional language voice guidance (in 10 languages) and international navigation (Sri Lanka, Bangladesh & Nepal). Another distinguishing feature of are 3D & 2D landmarks bundled with panoramic view. 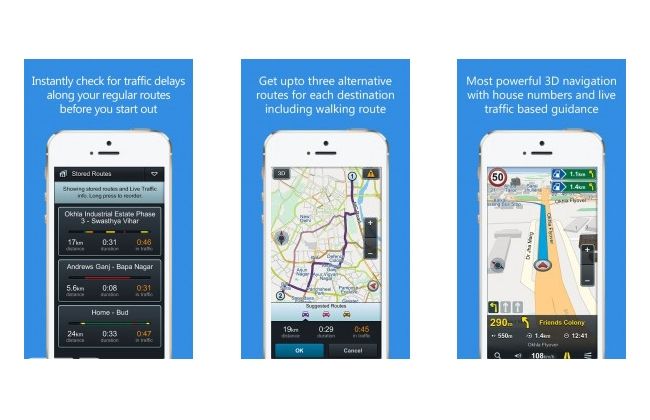