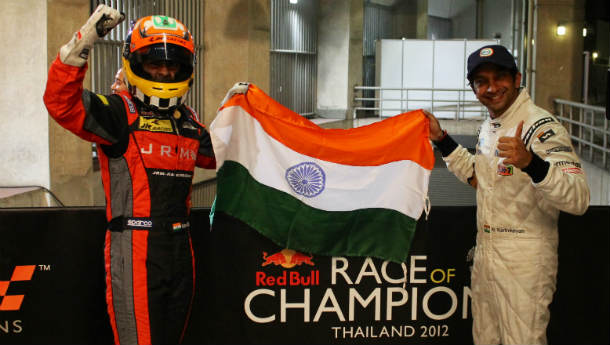 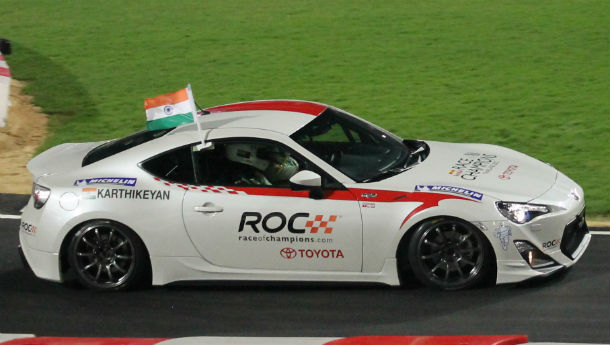 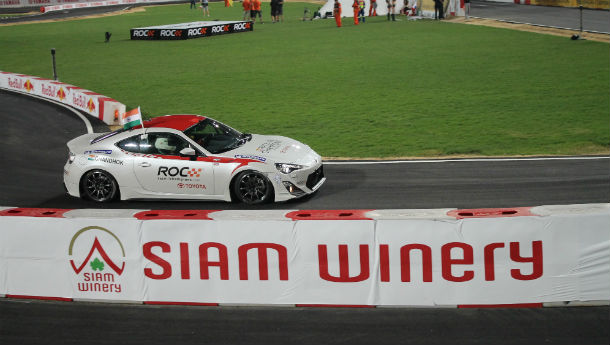 The 2012 edition of the Race of Champions was something Indian motorsport fans were particularly interested in. After all, it was the first time India was participating in the event. There's, of course, no doubt that it was the country's only two F1 drivers who were representing Team India - Narain Karthikeyan and Karun Chandhok. The duo were to compete in the ROC Asia Cup, victory in which would lead to them being able to compete in the Race of Champions, taking on the likes of Michael Schumacher, Mick Doohan, Sebastian Vettel, Sebastien Loeb and more!

As things turned out, Narain and Karun managed to win the ROC Asia title, each scoring three wins of four races. This put them in the semi-finals of the ROC, where they had to take on Team Germany and Team Australia. Narain took on none other than Michael Schumacher and Karun took on Sebastian Vettel, but victory eluded them. Winning the Asia title wasn't too bad though.

Meanwhile, win in the Nations Cup went to Team Germany, with Sebastian Vettel and Michael Schumacher who defeated Team France's Romain Grosjean and Sebastien Ogier. It was Team Germany's sixth win in a row at the ROC. Meanwhile Romain Grosjean took on Tom Kristensen in the final round of the event.