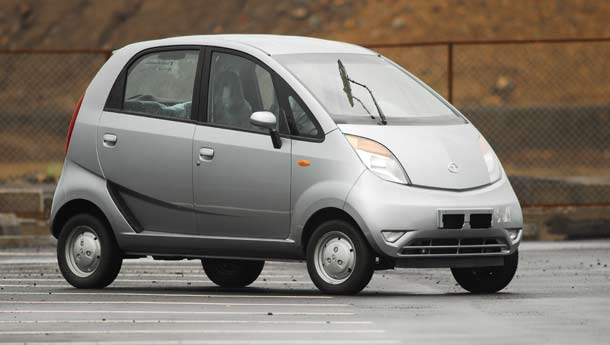 Barely two months after the Tata group chief Ratan Tata handed over the keys of the Nano to its first buyer, the world’s cheapest car has already made its way to the used-car market and is selling at a Rs 25,000 to Rs 35,000 premium, 18 to 20 per cent more than the booking price.

Used car dealers say limited allotments and long waiting periods are the chief reasons for these premium second-hand prices. In addition, customers whose names featured in the first allotment list of 100,000 cars are reportedly also selling their allotments, though at lower premiums.

The premiums for December deliveries, for instance, range from Rs 5,000 to Rs 8,000 (the allotments, however, would be made to the original buyer).

"The buyers are those who either missed out on the first allotment draw or did not bother to book it then. They are people who are quite affluent and own four or five cars, so they wouldn't mind paying that extra buck," said Arif Fazulbhoy, director, Fazulbhoy Motors.

All the eight to 10 Nano models sold from Fazulbhoy's outlet in Mumbai were re-sold even before they were brought to the showroom.

Those who are selling are either in need of cash or choose not to wait for the extended period for the delivery of the car, which ranges from three months to over a year, according to information provided by the company to its buyers.

Demand has also been fuelled by the fact that Tata Motors has not yet disclosed when bookings for the Nano will reopen.

All the second-hand models were from the top-end LX variant, priced at Rs 1,85,375 (ex-showroom Mumbai). The on-road price of the variant is a little more than Rs 2 lakh.

"Buyers of second-hand Nanos are those who have developed a kind of fetish for the car. It’s more the snob value attached to the car than the practical use of it. These buyers are from Mumbai, the National Capital Region and Gujarat, with a strong demand for the yellow, high-end variant," added another used car dealer from the city.