The very talented, prodigal fashion designer Masaba Gupta will unveil her version of the Tata Nano, in her quirky, signature style on October 9, 2013, at the Tata Nano Lounge of the Wills India Fashion Week, which will be held at the Pragati Maidan, New Delhi. 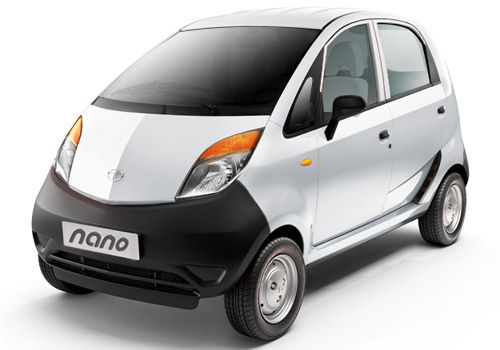 Masaba’s association with the Nano has come a long way. She was earlier seen in the exciting new Tata Nano TVC which kick-started the Awesomeness campaign, celebrating the spirit of being a young achiever.

While preparing for the unveiling ceremony, Ms. Masaba Gupta, the ace fashion designer, said, “I am very excited to be a part of the 'Nano Awesomeness Live' campaign, which is an extension of the TVC campaign and celebrates the spirit of youth in all its glory. I have been working on the creation of the very innovative, fun and stylish looking Nano for a while, and look forward to its unveiling at the Nano Lounge of the Wills India Fashion Week."

According to Mr. Ankush Arora, Senior Vice President, Passenger Vehicles (Commercial), Tata Motors, "Masaba Gupta and the Nano share a unique attitude of doing things differently and this association further commemorates the undying spirit of young achievers. Our new ad campaign celebrates this awesome spirit of young achievers, living life on their own terms. We have extended the campaign to 'Nano Awesomeness Live' which will give the youth an opportunity to learn from young achievers.  At the Wills India Fashion Week, you will see Masaba unveil the Nano in her own signature style. We have just embarked on this awesome journey and many more such series will unfold as we move ahead.”

The Nano is India’s most innovative car and has always believed in reinventing the norm and has redefined itself with the all-new edition that brings to life a new world of awesomeness.

On October 9, 2013, head to the Tata Nano lounge at the Wills India Fashion Week, and be enthralled as fashion meets marvelous engineering in a very unique format, which will be truly Nano Awesomeness Live.