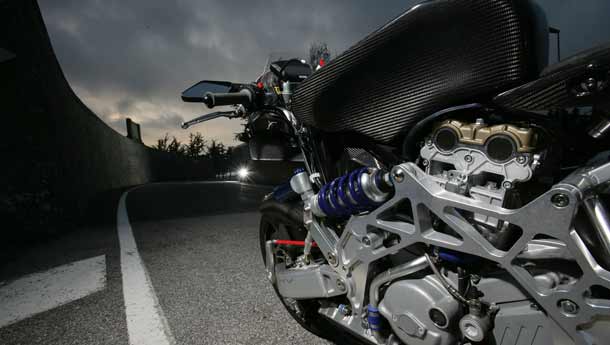 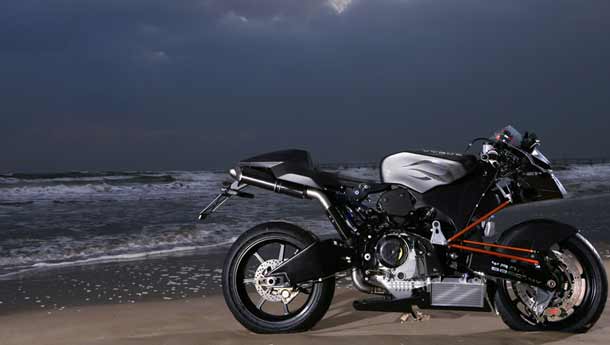 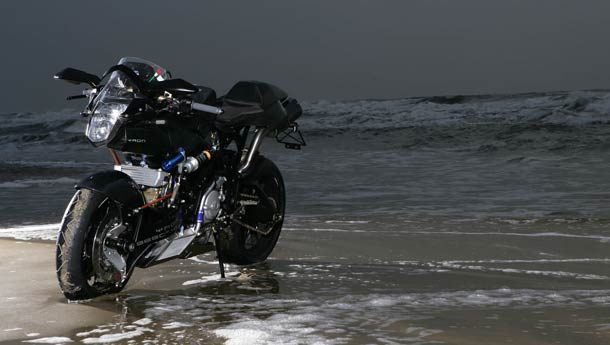 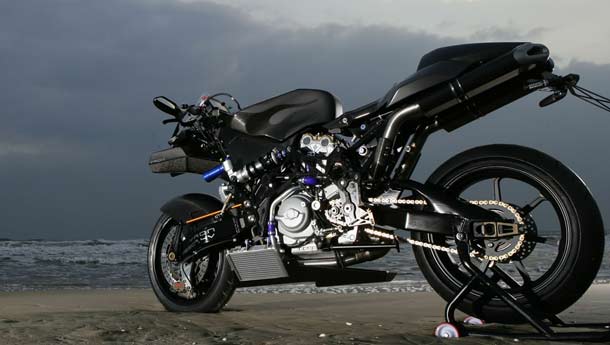 Let’s cut to the chase. 211 hp and 154 kgs. The 2010 Vyrus 987 C3 4V. In 2010, it will be the world’s most powerful production bike. Also, it will continue being the most other-worldly looking and engineered motorcycle in production. One look at this bike just makes your jaw drop to the flat surface below. It’s a completely different stream of thinking, both in terms of design and engineering. It’s as alternative as the band R.E.M, and riding this beast will change you forever, we think.   This Ducati-powered face warping machine is designed by a small Italian firm called Vyrus, headed by Ascanio Rodorigo, who used to work with Bimota in the past. According to MCN, three versions will be on sale, with the base model being 170bhp, 163 kgs. A higher spec 987 C3 4V R will have 184 horses with just 158 kgs to pull and a manic top-shelf supercharged version will have 211 hp while weighing in at about 154 kgs. And tada, just like that, you have the maddest and most powerful production motorcycle on the planet.   To help you keep it upright, a race-spec traction control is included. The chassis also has a radical hub-centered steering, radical frame design and familiarly outrageous parts, last seen on the Bimota Tesi 3D.   Prices will be similarly radical, as expected. Well heeled motorcycle enthusiasts and films stars will be the obvious target. We think Brad Pitt should give up his chopper obsession and get himself one of these. Should be mighty good help at building neck and back muscles. That is, if he can hold on. THE VIDEO BELOW SHOWS A COMPLETE BUILD OF THE VYRUS. INTERESTING STUFF!