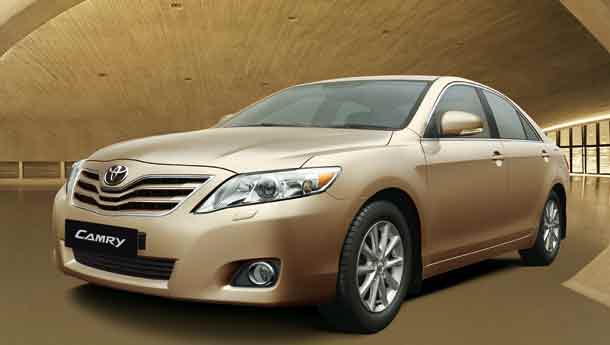 In my mind Toyota is coming to terms with the ‘largest car maker of the world’ title in a very global manner. The penchant for aggressive expansion is now curbed in favour of consolidation and a renewed focus on quality – when it comes to cars as well as sales and service. Things will be different when it comes to India though. I spent a day with Toyota Kirloskar Motor’s top management in India last week and I could sense the excitement when it comes to the all-new sub-compact that is on its way. A brand new car plant, an all-new car developed for India (which may get exported to other markets), double the number of dealers… the giant, I tell you, is waking up, and how. And it is not Ford, GM or VW that they are gunning for – instead it is a fellow Japanese small car specialist that has made it big in our country who has reason to worry. Interesting times ahead. In my garage MH O1 PA 8389 is arguably the most photographed Suzuki Swift in India. It is the car that starred as BSM’s Car Of The Year 2006 and later on as the first Indian Car Of The Year in 2006. And it is my company car. This is the car I return to when terrible people take away my road-test BMWs and Audis. If you are thinking it is a depressing exercise to get behind the little hatchback after a spell with an exotic, you are far from the truth. The ‘baby Swift’ (fed on Mobil 1 no less) as the red car has been nicknamed, is agile, fun to drive and has a nice’n’rumbling Remus exhaust to liven up things. And I love my early morning blasts to the airport in the car. Small niggles mar the ownership experience though and it includes a finicky clutch that can’t handle traffic and iffy overall fit-and-finish. A fuse that came loose immobilised the car last week for a day. But 30,000 km down the road, I still think of the Swift as a new car – it even has the new car smell intact! Car of the week The 1969 Mercedes-Benz 280 SE convertible that starred in the movie Hangover gets the honour this week. What a fun movie and what a great car. Apparently five cars were used in the making of Hangover. I am certain ‘fin-tails’ are going to get more expensive at auctions around the world. Bike of the week My long-termer Hero Honda Hunk did exceptionally well at this year's BS Motoring ‘slush-fest’. It was stable at an indicated 100 kph, had enough low-end torque on the trail and crossed the stream as if it didn’t exist. Look out for the Hunk and three other motorcycles in action in the September 09 issue of BSM. Question of the week What percentage of Toyotas Innovas sold in India are top-end diesels? A total of 53 per cent are top-end models. And you thought only fleet operators bought Innovas, right?