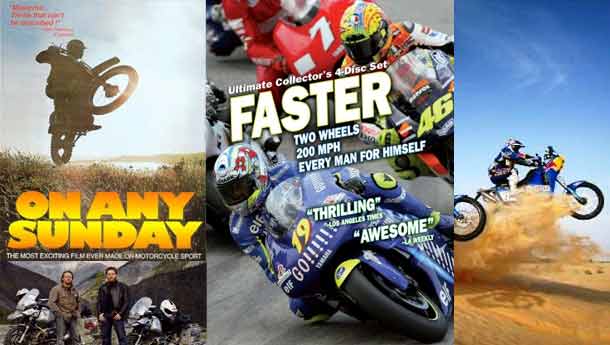 If I were to ask you what you’d imagine the dinosaur era to be like, you’d promptly say that there’s a scary Jurassic Park sequence popping up in your head, grand sound effects et al. If I were to ask you what pops up in your head the moment I utter the words ‘world war’ and ‘two’, you would perhaps say that it’s the epic beach landing opening sequence from ‘Saving Private Ryan’.

Now, in the same manner, if I asked you if you had any mental picture whatsoever of what the Paris-Dakar race felt like, almost all of us would have no clue. Motoring enthusiasts might have a bleak mental picture of a motorcycle tearing through the desert vastness but really, despite the fact that we know it is the toughest race in the world, what we know is only the tip of the iceberg. I’m not talking about race results here. I’m talking about the experience - the sensation and the goosebumps you get just imagining yourself in the racer’s shoes. Genuine motoring enthusiast content that fits the aforementioned description is hard to come by, but here are a few cinematic treats that will blow your stinky socks off.

Start with ‘On Any Sunday’, a masterpiece worth praying to, kicking everyone’s face in with some properly manic motorcycle action and fascinating peeks into the backstage of the motorcycling world and into the lives of the people who lived the dream - Malcolm Smith, Steve McQueen and J.N Roberts. Epic!

Then, there is the one film that MotoGP worshippers just can’t get enough of – ‘Faster. The MotoGP movie’. It was the first insight into the world of MotoGP racing and it blew one and all away. It was a behind-the-scenes, on-the-edge and intensely fascinating look into the top-level motorcycle racing universe. It almost felt like you were right there, one-on-one with the legends. For me, the best modern motorcycle racing documentary ever made. Period.

If you’re the sort of person who has a free-spirited explorer and adventurer stuck inside, I think you shouldn’t see the next two recommendations. Without doubt, they will make you want to run away from your boring ol’ banking job, buy a motorcycle and set off exploring the world. With ‘Long Way Round’ and ‘Long Way Down’, Ewan McGregor and Charlie Boorman sure ain’t the first ones to ride around the world but they definitely are the most popular ones to have done it. Their TV series showed us a journey of two blokes setting off on a childhood dream ride around the world; the trials, tribulations, joys and the harsh reality of undertaking such a larger-than-life quest. Top it off with Charlie Boorman’s ‘Race to Dakar’ DVD. If ever there was a reason to idolize racers for their passion in doing what they truly love, this is it. The race is gritty, unimaginably tough, hard-hitting, unforgiving and excruciating. This series is equally so.

Finally, for now at least, there is ‘Dust to Glory’ for dessert. In the desert. Baja 1000 it is. ‘On Any Sunday’ creator Bruce Brown’s son, Dana, with his crew of over 80 persons, four helicopters and 90 cameras, has produced a movie that will do his dad mighty proud. Cinematographic excellence, quality storytelling, immense racing action with the characteristic humourous moments makes this one a watch you won’t forget anytime soon.

After seeing these masterpieces, you’ll put your ‘Fast & Furious’ DVD right where it belongs. In the garbage bin.