Motor third party insurance premiums hiked by up to 40%

Every year, the IRDAI revises premium rates, taking into account the number of claims made and loss ratios for insurers. Motor third-party insurance is mandatory for all vehicles and covers liability arising from third-party claims due to accidents. The regulator has also cautioned insurers against denying or refusing to provide third-party covers for any vehicle. 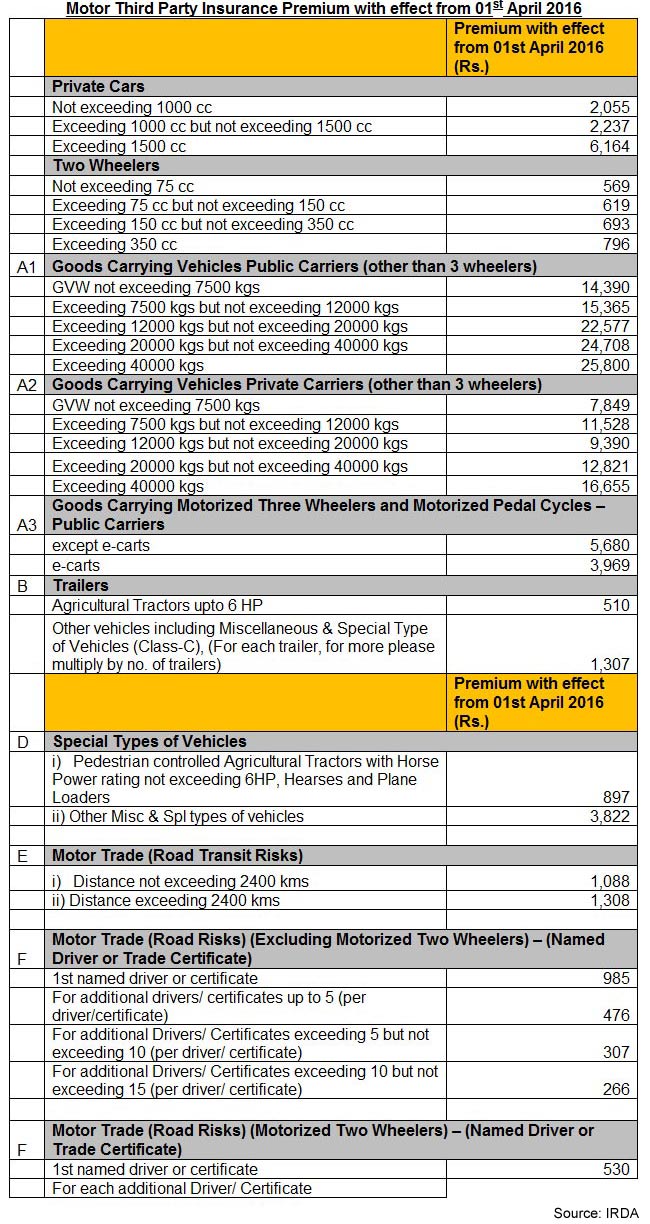