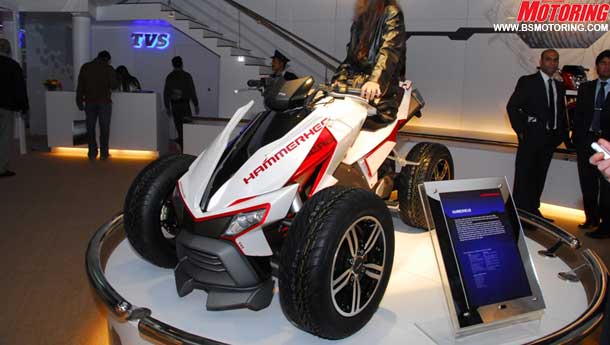 Scantily clad models were once as much a part of motor shows as shiny sports cars and roaring engines, but as women buy more cars, and green credentials dominate, carmakers are slowly changing their ways.

While some manufacturers of macho sports cars are still using sexy models to promote their cars, many carmakers are anxious to portray a more responsible, inclusive image that goes hand in hand with favouring low CO2 emissions over speed and power. As the Paris Auto Show opened to the media on Thursday, before its official opening on Saturday, Lamborghini’s stand boasted three of its powerful sports cars and three models in skintight strapless silver dresses, slit to the thigh.

“The days of bikini-clad women on bonnets are long gone,” said David Fitzpatrick, Account Director at automotive PR agency PFPR Communications. The agency managed the 2008 British Motor Show’s PR and noted that a quarter of visitors were female. Carmakers just emerging from a deep crisis and unsure of what lies ahead for the European market cannot afford to alienate potential buyers with tactics many see as outdated.

The last Paris Auto Show, in autumn 2008, attracted over 1.4 million visitors, mostly men, although women visitors are increasing in number. Many stands at the show on Thursday featured male hosts, but they were outnumbered by far by women.

Claude Guillaume, director of specialist recruitment agency Mahola, which is supplying 600 hosts and hostesses for the show said things are changing.

“We are a long way from the hostess stuck in the role of standing like a pot plant next to the car,” she said. “My clients’ specifications focus on the quality of information, a trend we had already noticed at the last auto show, and which is being confirmed this time.

Matt Thompson, marketing director of UK motoring website Autotrader agreed there was a shift in attitude, adding that the brands that really understand motorists were changing.