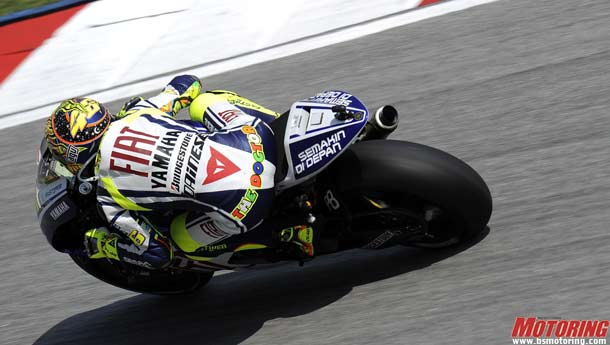 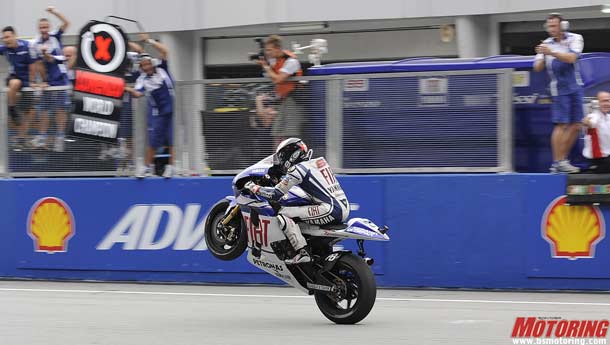 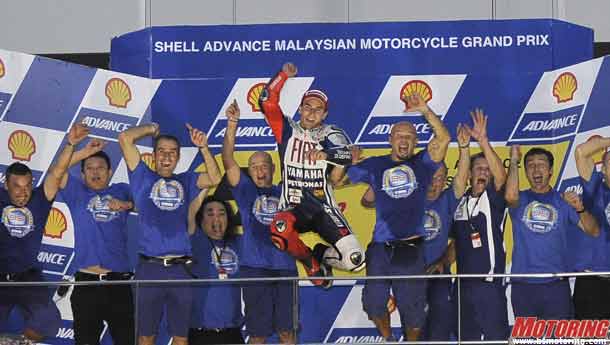 It might not have been the best race start, but Valentino Rossi didn't let that stop him from taking a dominant victory at the Malaysian Grand Prix. This win at Sepang was Rossi's first victory since his hiatus from the 2010 season following his crash at Mugello. Andrea Dovizioso finished the race second, but the man celebrating the most was third-placed Jorge Lorenzo who clinched the 2010 title for Fiat-Yamaha.

A ninth-place finish was all that Lorenzo needed to seal the world championship, but starting from Pole, the Spaniard was locked in battle with Honda's Dovizioso. Ducati's Casey Stoner was behind the lead two, but only until the final corner of the opening lap when he crashed out of the race.

Rossi meanwhile dropped from sixth on the grid to eleventh, after a somewhat dismal start. But the Italian then began to fight his way back up through the grid - he was sixth within the first two laps, third by lap four and then, setting a series of fastest laps, he hunted down the two met at front.

On lap 9 Dovizioso overtook Lorenzo to take race lead. A lap later Rossi did too. Within the next one lap Rossi passed Dovizioso, leading for the rest of the race.

The win at Sepang ends Vale's longest winless stretch. It was also his 46th win for Yamaha!