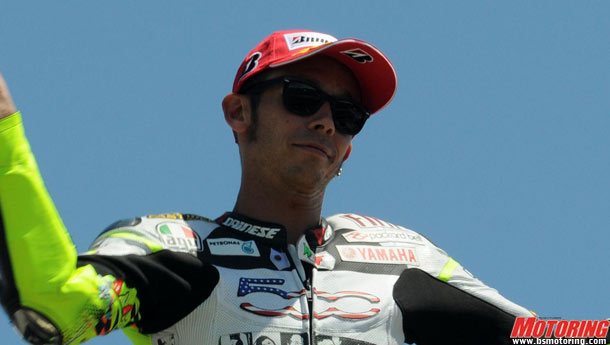 After months of speculation, two very important announcements were made after the Czech Grand Prix at Brno. First, Ducati announced that they were parting ways with Casey Stoner, who won them the world championship in his debut year with the team in 2007. Right after that the team came out with just who was replacing the Australian at the team - Valentino Rossi.

“We are delighted to announce that Valentino Rossi will be with us from 2011,” commented Gabriele Del Torchio, President of Ducati Motor Holding. “He is a paragon of excellence in the world of motorcycling, coherent with our Italian company which is a standard-bearer for “made in Italy” excellence. These are key values for success in technology, design and sportsmanship. In addition to the strong and passionate intent of both parties, this agreement has been made possible by the committed support of our shareholder Investindustrial and all the sponsors associated with the Ducati Marlboro Team, sponsors which have believed in this opportunity and share and support our choices.”

Rossi announced that one of the main reasons he has chosen to leave Yamaha is because he is keen on starting a new chapter in his MotoGP career. He declared that in a sense, his work at Yamaha is done, and he wanted a new adventure and new motivation. So he decided on Ducati. In addition to this, Vale has also declared that with Masao Furusawa's retirement coming up at the end of the year, he wasn't so sure he wanted to remain at Yamaha any longer.

Filippo Preziosi, Ducati Corse General Director had this to say of the Rossi move: “Until the Valencia GP he will remain a competitor, one so great that he has always given a special value to our victories, but as soon as he rides the Ducati for the first time, we will work together on every single detail that will develop a bike capable of showing his huge talent. Working with Valentino is one of the most exciting things for every engineer and it’s good to know we will have this great opportunity next season.”

So, come 2011, there will be an Italian rider in an Italian team. Vale in red. That's going to be something to watch out for!