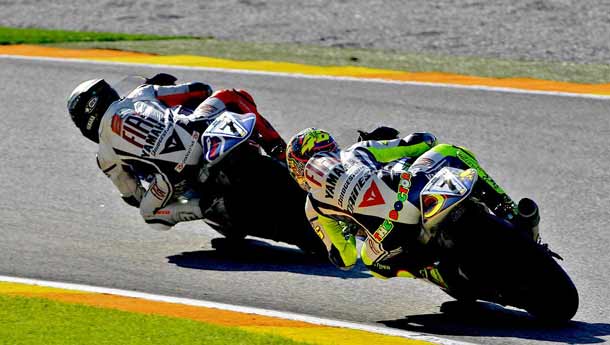 Valentino Rossi had made his choice clear. The Doctor declared that he wanted the 1000cc MotoGP machines back. And they are making a return!

After a meeting between the Grand Prix Commission and the FIM in Geneva, it was decided that the maximum engine capacity will return to 1000cc from the 2012 season.

The maximum engine capacity had been reduced from 990cc to 800cc two years ago. However now the decision practically reverses that step.

For 2010 and 2011 though, the four-stroke, unlimited cylinders 800cc variant will continue, with a maximum usage of six engines per rider next season and two extra engines available to each manufacturer for 'wild card' entries.